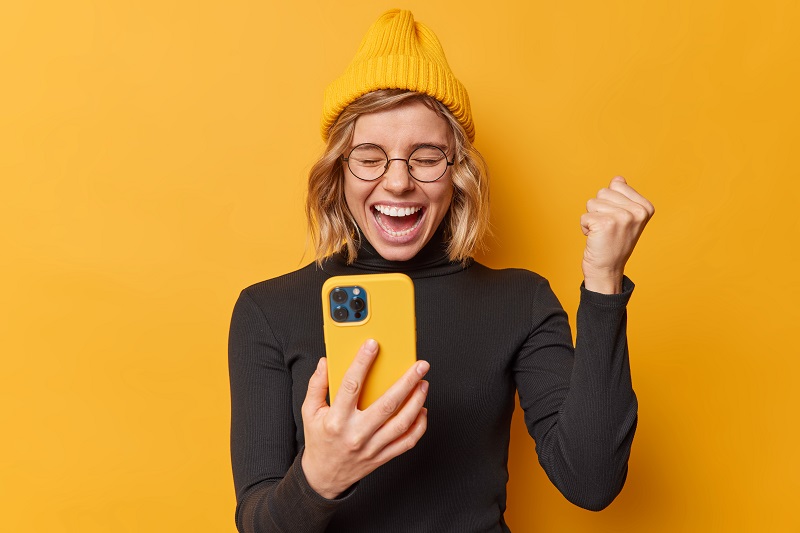 I have always thought of social media and the internet in general as a medium of self-expression and creativity.

I never understood why would anyone put something boring and predictable, like a picture of themselves, as their profile image when they can get creative and put anything imaginable out there.

For me at least, the profile image is an opportunity to get creative and do things out of ordinary.

Being a hacker at heart; a good one that is, as in using things in unintended ways, I ran an experiment on some of my Whatsapp accounts. I created different profile pictures in an attempt to confuse my contacts, make them look silly, or just make them laugh.

Below is a list of some of the images that I created and the responses/feedback I received for each one.

Feel free to copy any of the images below and use them as your profile image in your preferable messaging app. 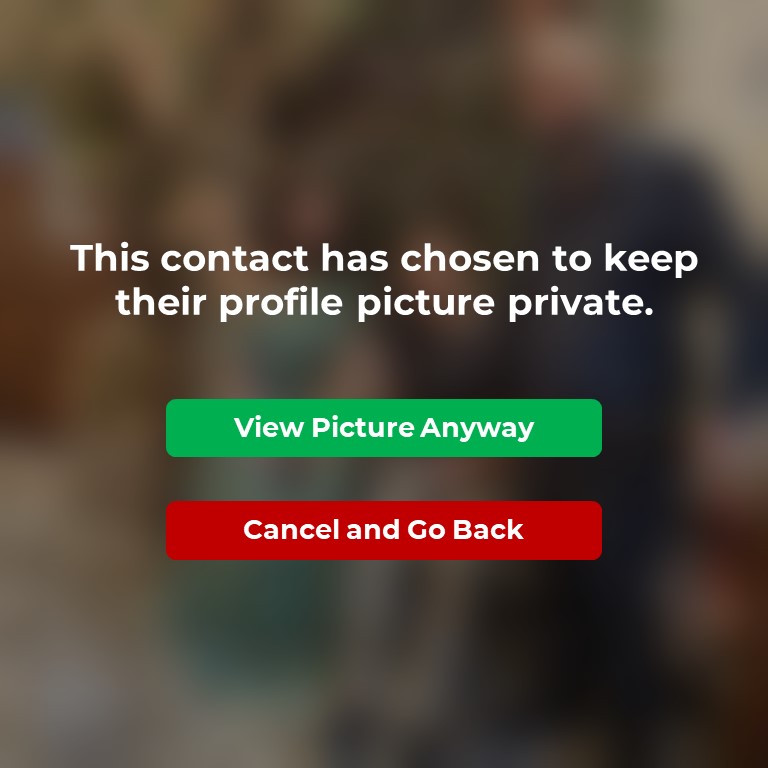 This one tells the contact that your profile picture is private but still gives them the option to see the image.

Alternatively, they can decline and go back.

The buttons do not work since this is just an image.

Many of my contacts tried to click on the "View Picture" button multiple times, which does nothing of course.

I have had people messaging me to inform me that the "View Picture" button is not working.

The smarter ones picked up on the trick and sent me a long "HAHAHAHAHA".

One of the high success rates of these tricks is the blurred image in the background, which indicates that an image is indeed available and that the message shown on top is a system message coming from the phone itself. 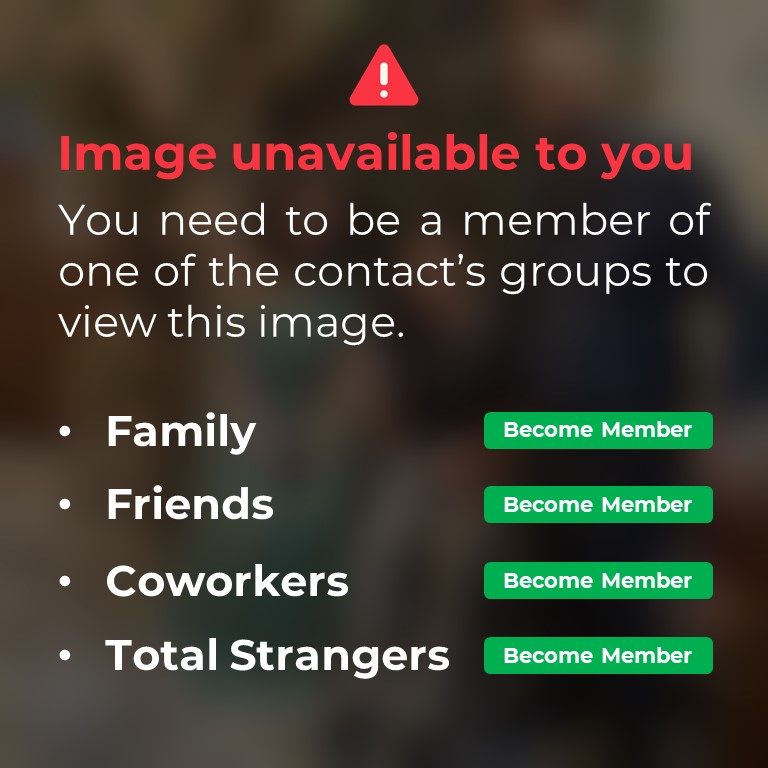 In this one, the contact is forced to join one of four groups to see the image: family, friends, coworkers, or total strangers.

I have specifically included the "Total Strangers" group to confuse my contacts.

My intention was not to trick people into clicking on one of the "Become Member" buttons but to confuse the person and eventually put a smile on their face once they realize that this is just an image.

While most people laughed at this, still a few messaged me to say that the buttons are not working! 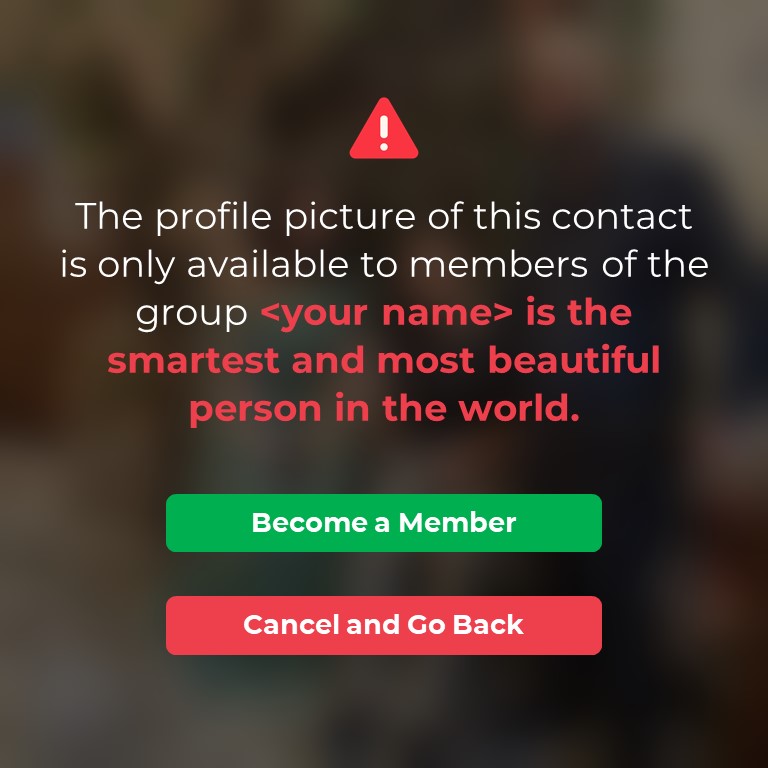 In this hilarious example, only people who agree that you are indeed the most beautiful and intelligent person in the world can view your image.

The intention here is purely sarcastic here, but as always, a few people didn't get the joke and insisted on the buttons not working. 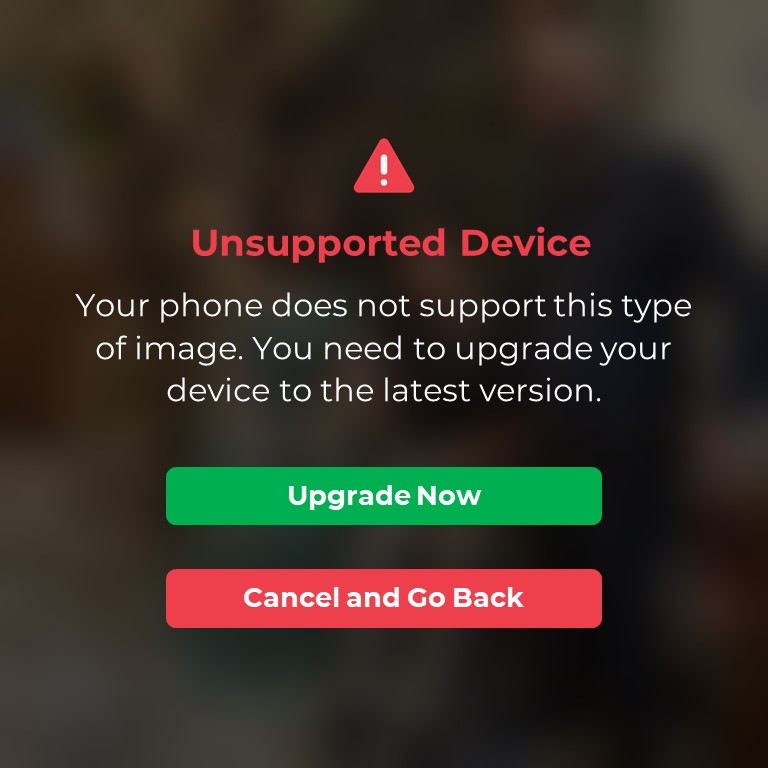 The intention here is to trick you into clicking on the fake buttons. This one worked out so well and had one of the best response rates.

Many of my contacts (not the brightest people out there) believed that the warning message is from the phone.

The blurred image in the background helps a lot as always. 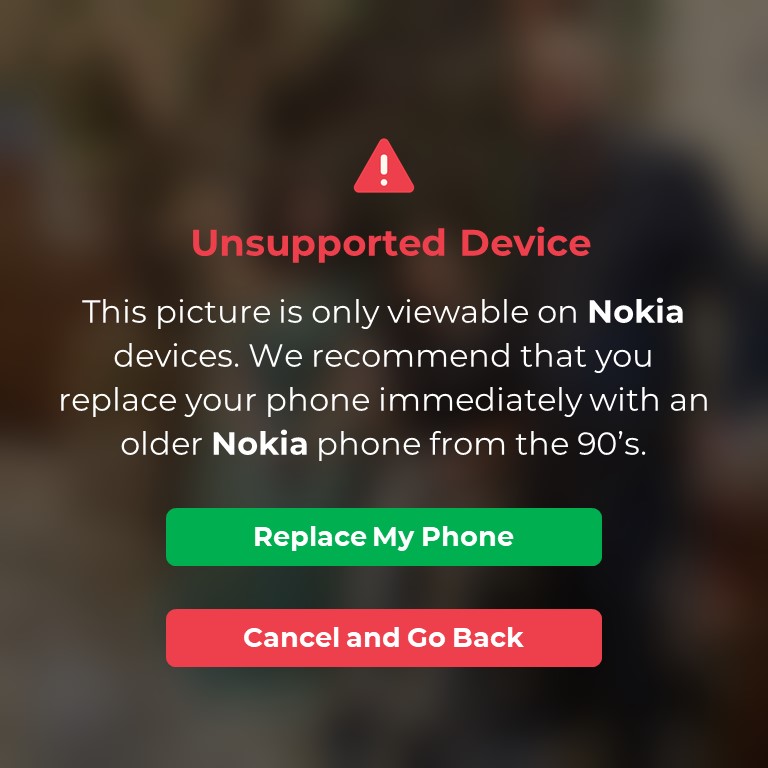 This is similar to the previous one with the exception that no action is expected from the user, only a smile.

Knowing that fewer people use Nokia now, I bluntly ask the person to replace their phone with a device from the 90s for the sole purpose of viewing my image. How important!! 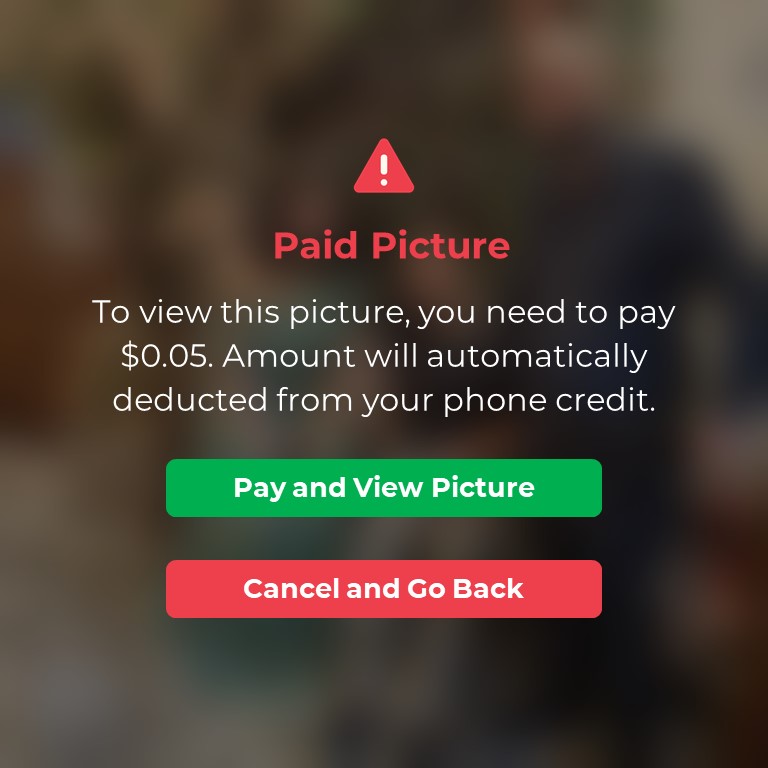 How about charging people to see your pictures? That would be great, except that in my case no one was willing to pay.

People laughed hard about this but still complained that the "Cancel and Go Back" button is not working. 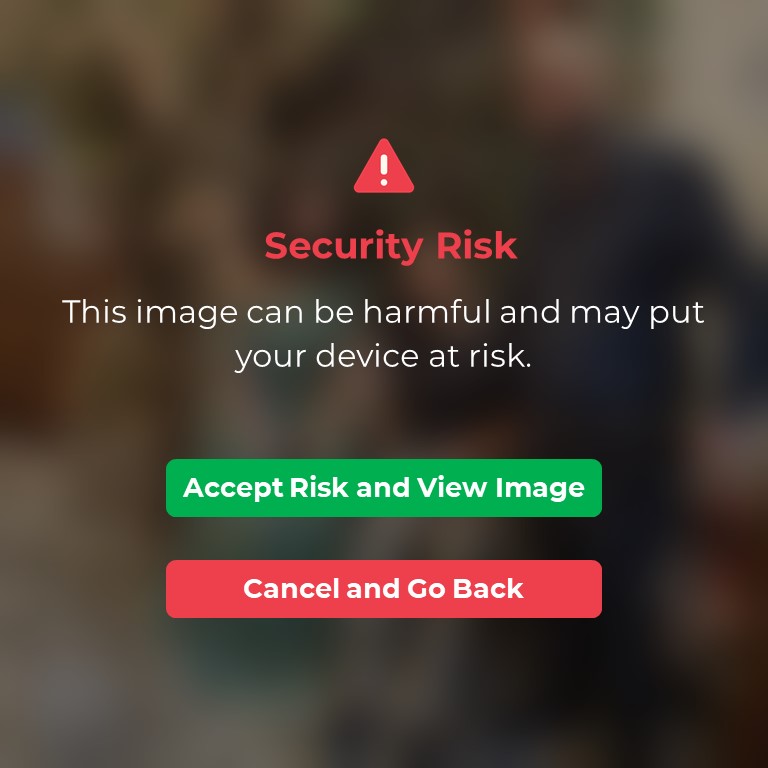 The objective here is to scare people and entice them into clicking on the "Cancel and Go Back" button. 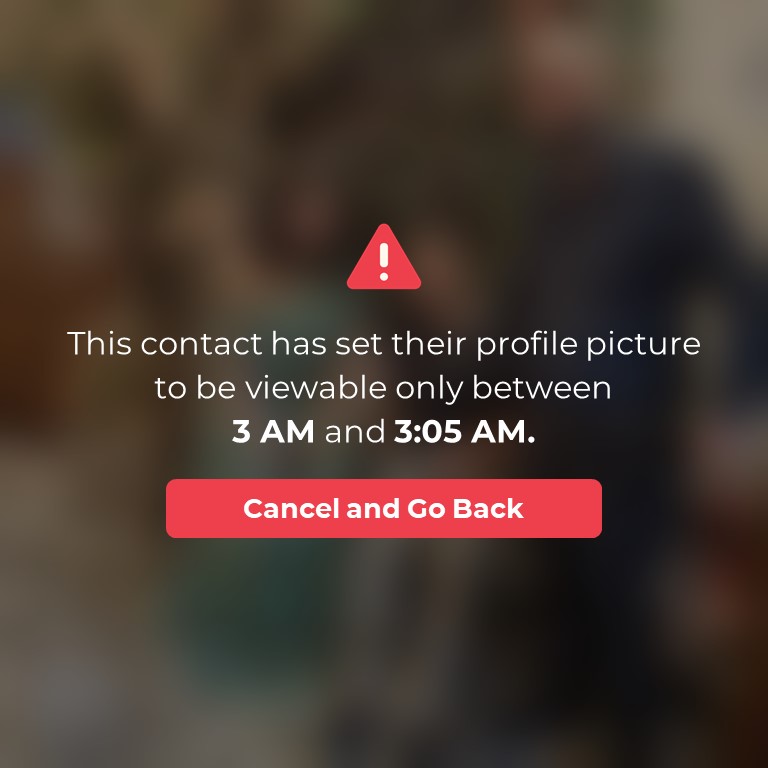 In this one, the profile picture is only available for viewing in a weird narrow time window from 3 AM to 3:05 AM!

Most people laughed at this but one of my contacts texted me saying that even in that window of time, the image is not viewable!! 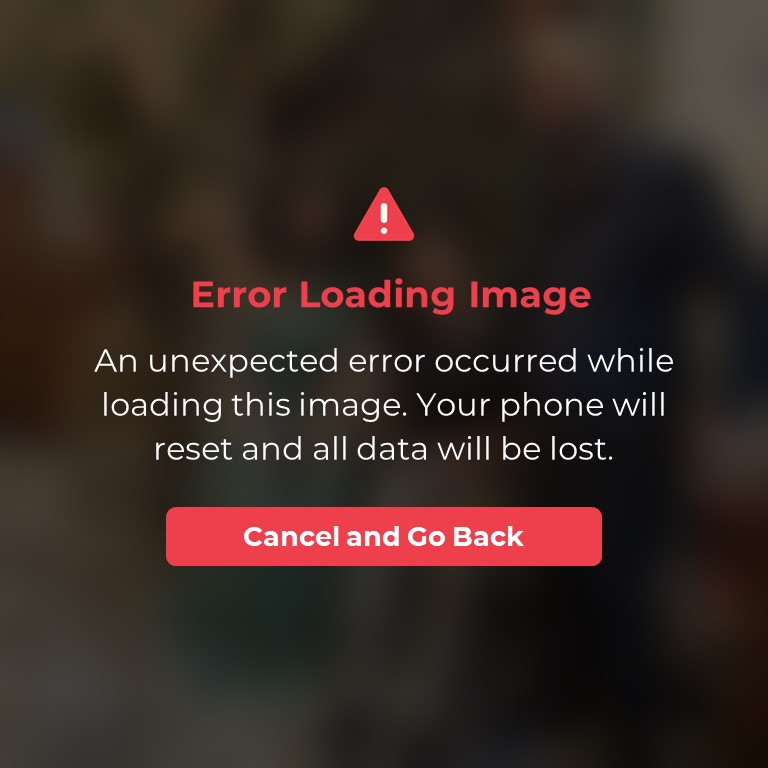 This one is aimed at giving people a panic attack by suggesting that their phone will reset and all data will be deleted.

The elusive "Go Back Button" does not work of course which leads to a lot of confusion. 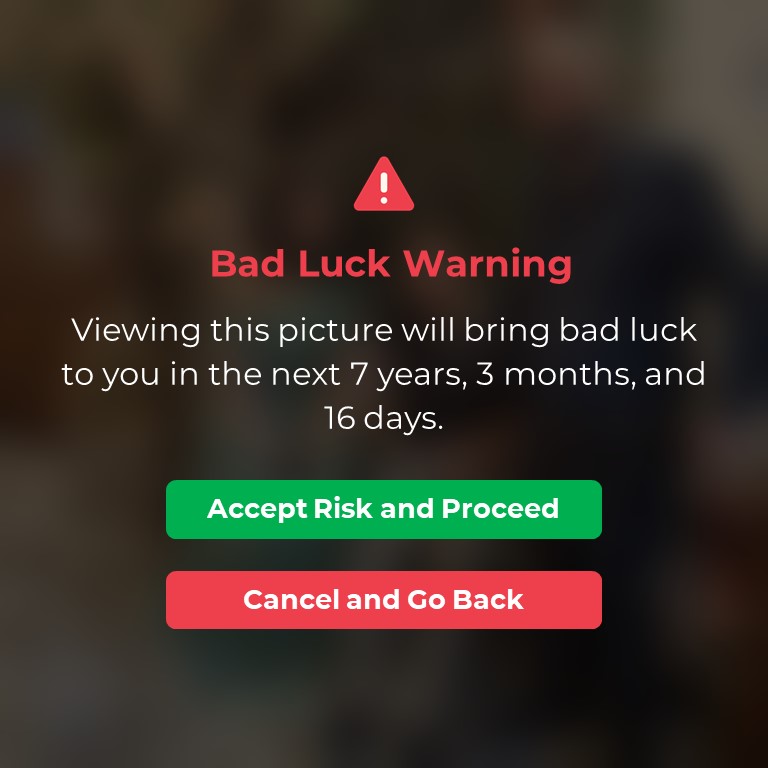 In this example, the person is promised seven years of bad luck if they decided to see the image. Some good laughs came out of this.

The funniest thing about it is how precise the prediction is. 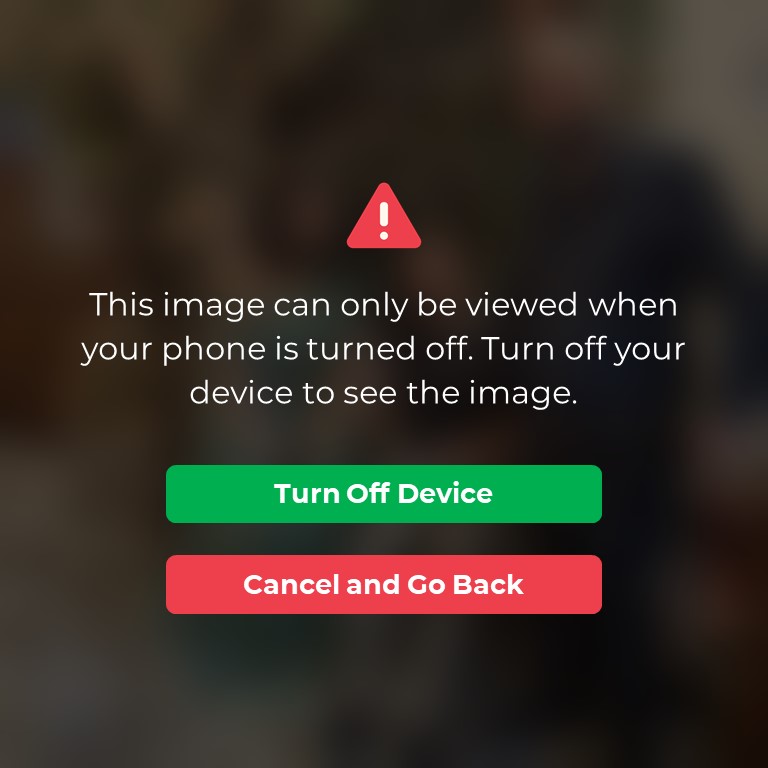 Here the person is faced with a conundrum: the device must be switched off to view the picture! 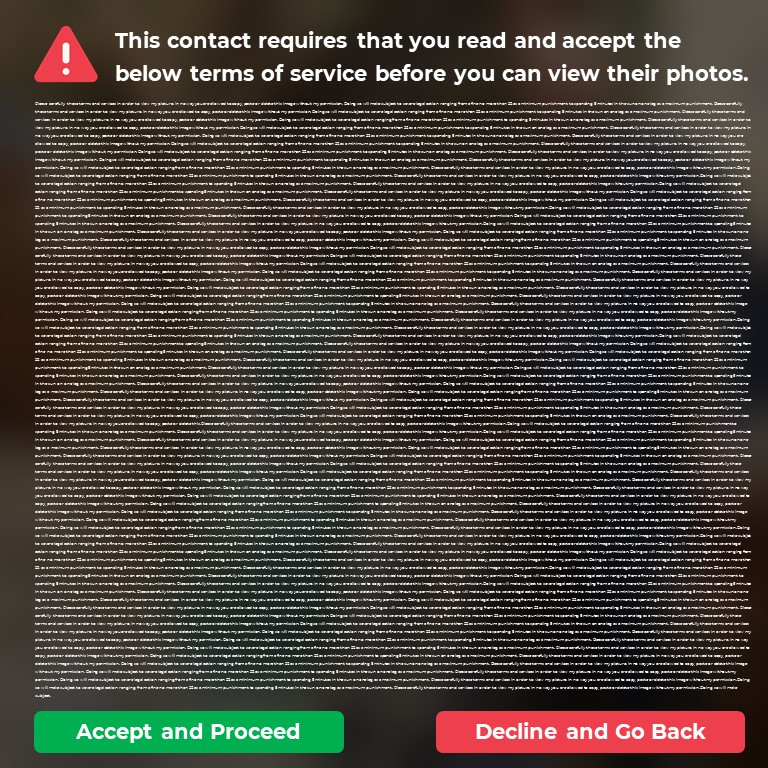 In this one, the user must read and accept what appears to be the most unreadable terms of service ever.

The font has been specifically made so small as to confuse and frustrate others.

I am glad to inform you that no one attempted to read the text, but people stared for a considerable amount of time thinking of how to react. 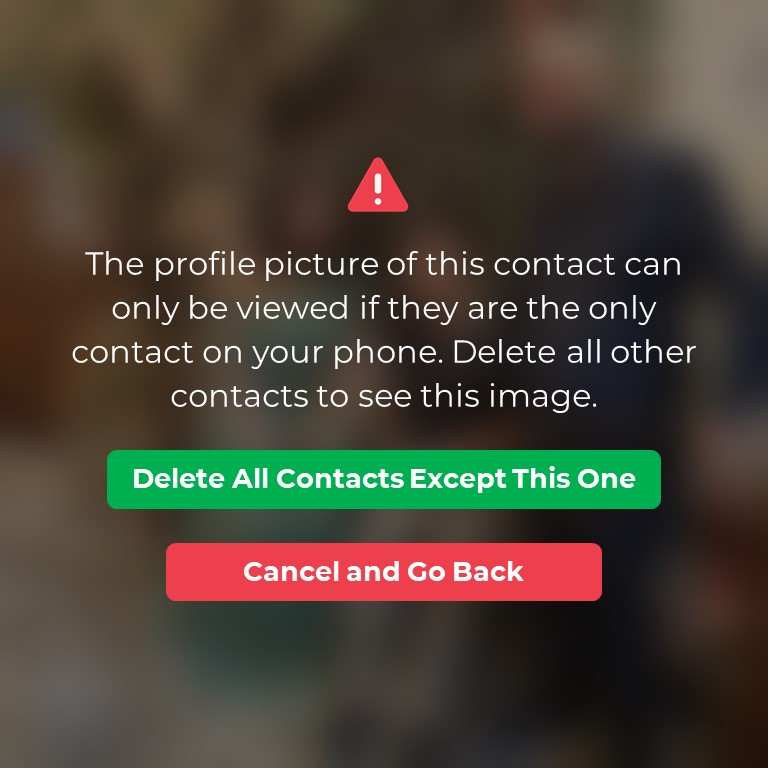 This one asks the user to delete all of their contacts except you to see the picture.

I am glad no one took this seriously, otherwise, I would have been in a lot of trouble. 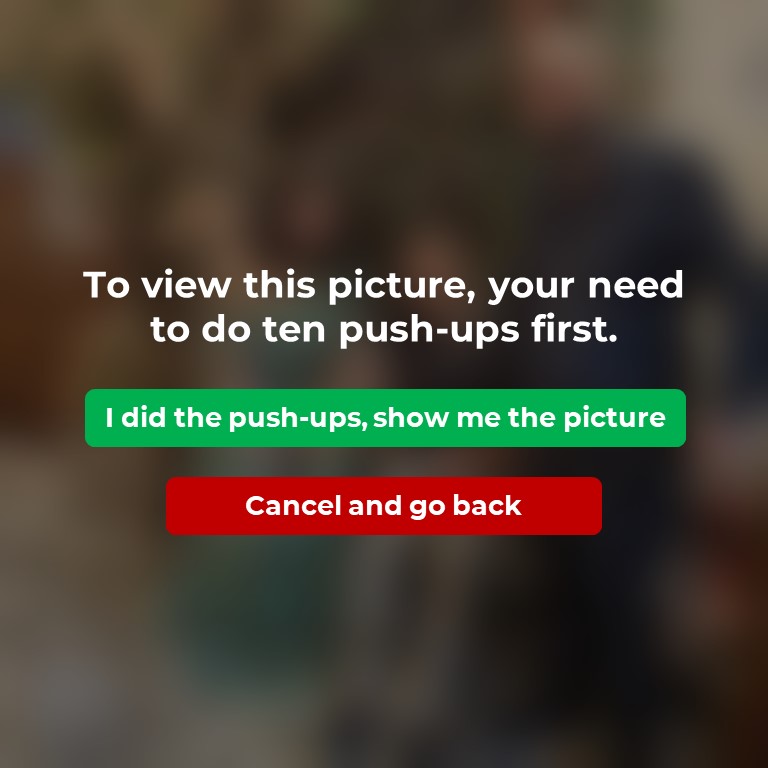 Pushing things to the extreme. Here the contact is required to do ten push-ups if they wanted to see the image. 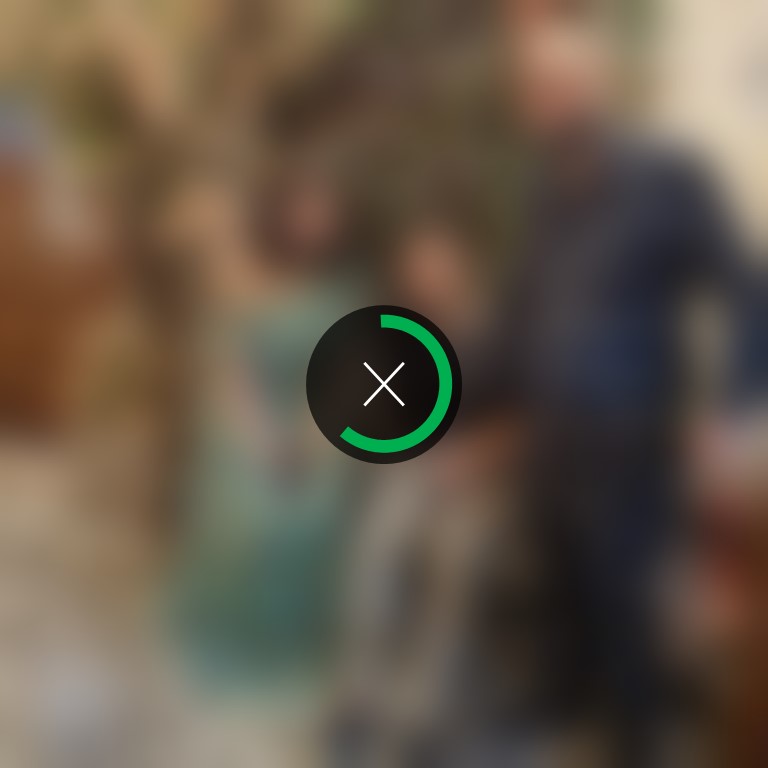 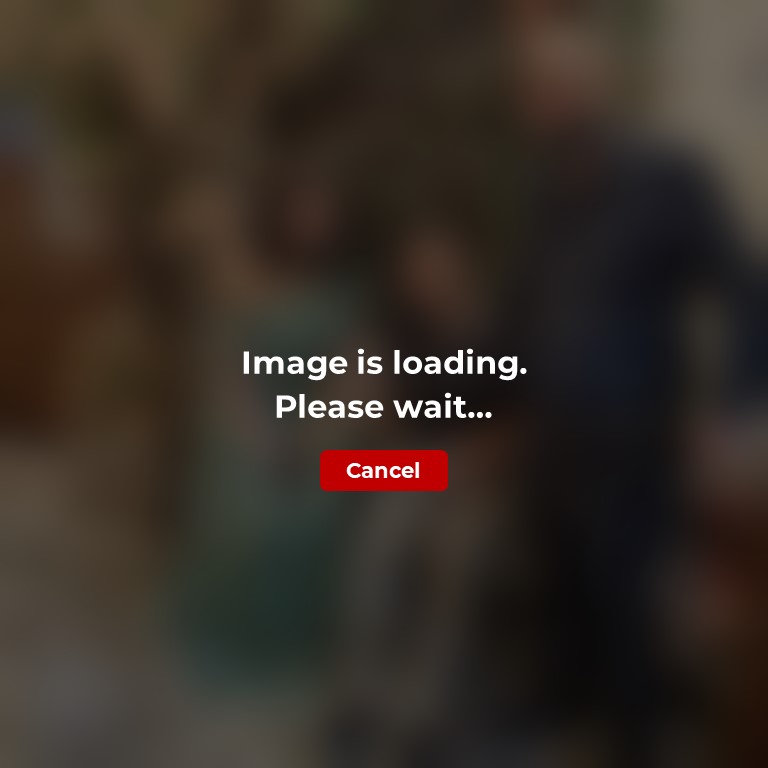 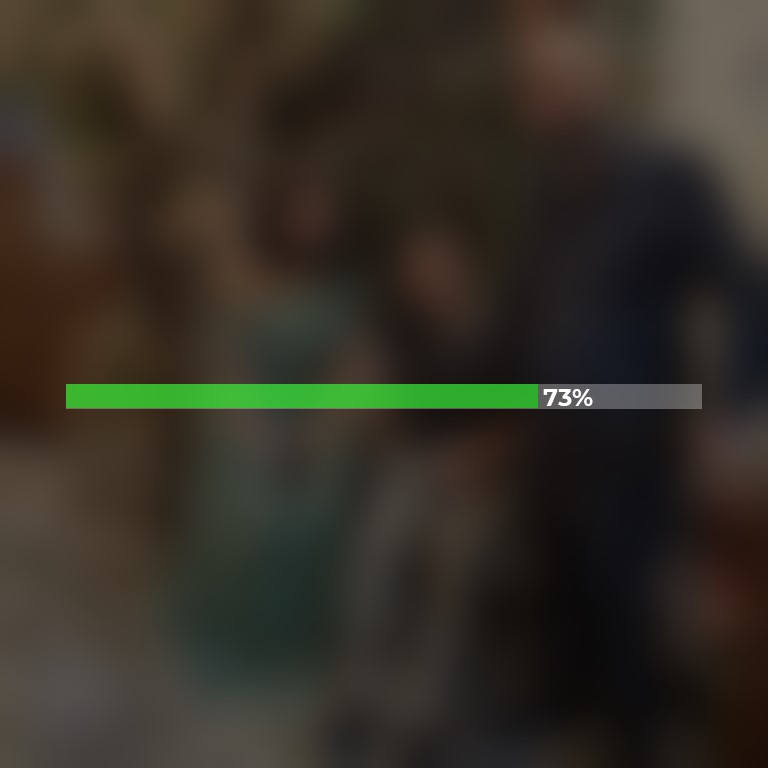 In the next three examples, what appears to be a never-ending loading image is presented to the user.

Many of my contacts tried to cancel the image by clicking on the icon, which of course doesn't do anything.

The blurred image in the background is key to making this trick work. 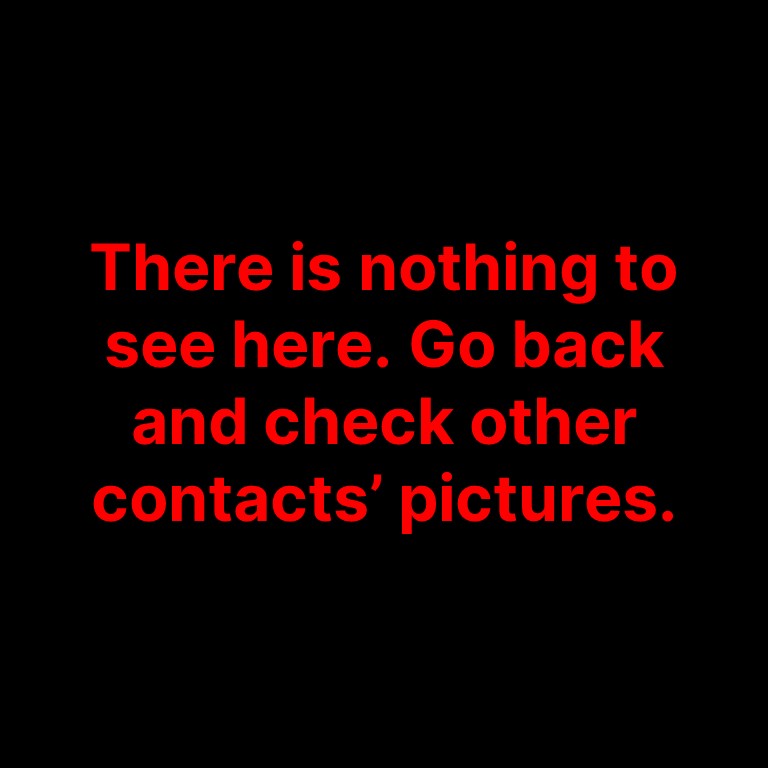 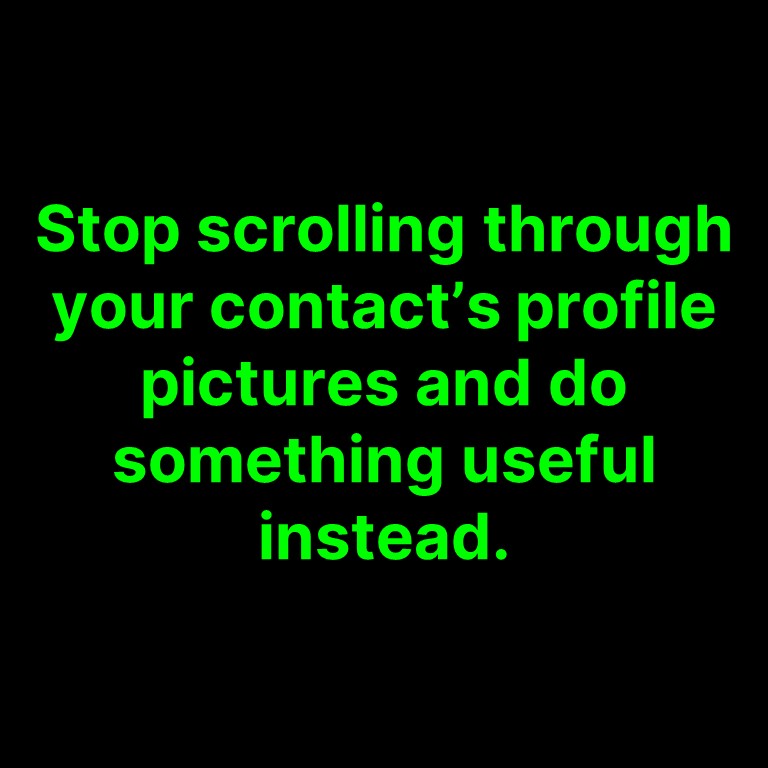 A simple text that sends a clear message to the person hinting that maybe checking other people's profiles is a waste of time.


Who Wants To See The First TV Commercial In History?
How Misleading Statistics Are Used By The Media To Influence The Public
Body Language Basics: 19 Tips To Help You Understand Others Better
Putting Things Into Perspective - 19 Striking Examples
6 Weird Indicators of Recession or Slow Economy