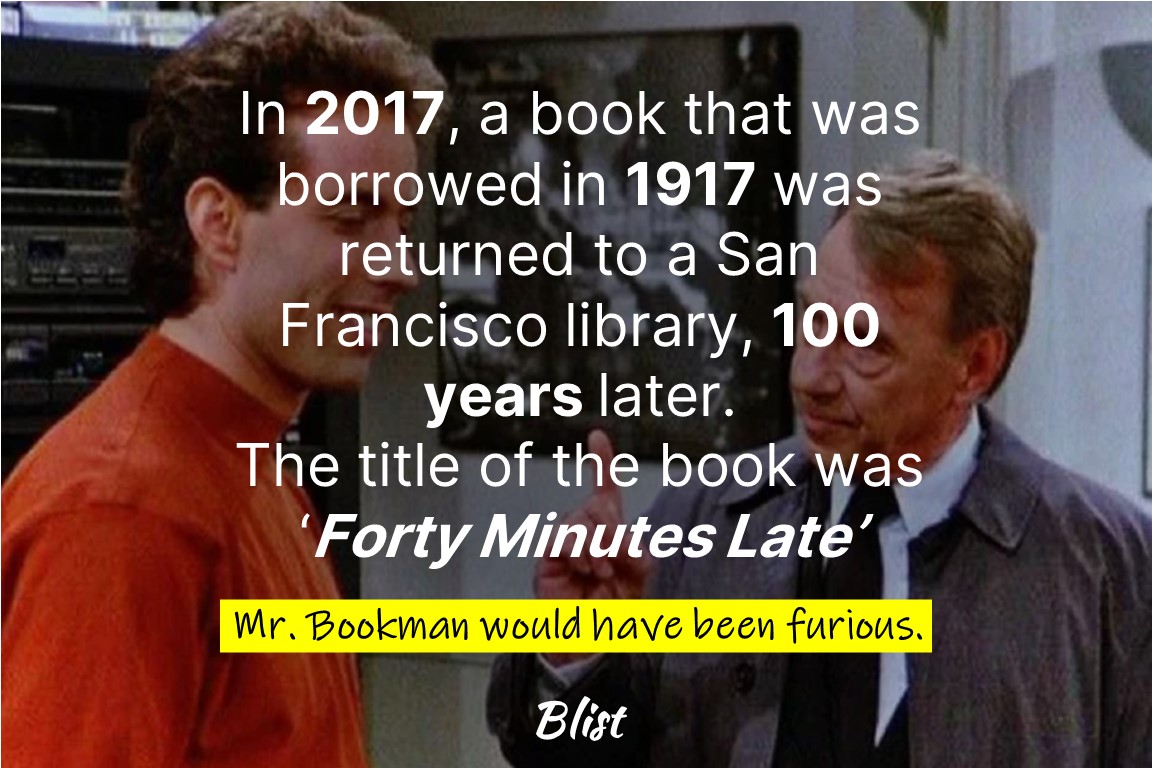 In 2017, a book that was borrowed in 1917 was returned to a San Francisco library, 100 years later. The title of the book was ‘Forty Minutes Late’ 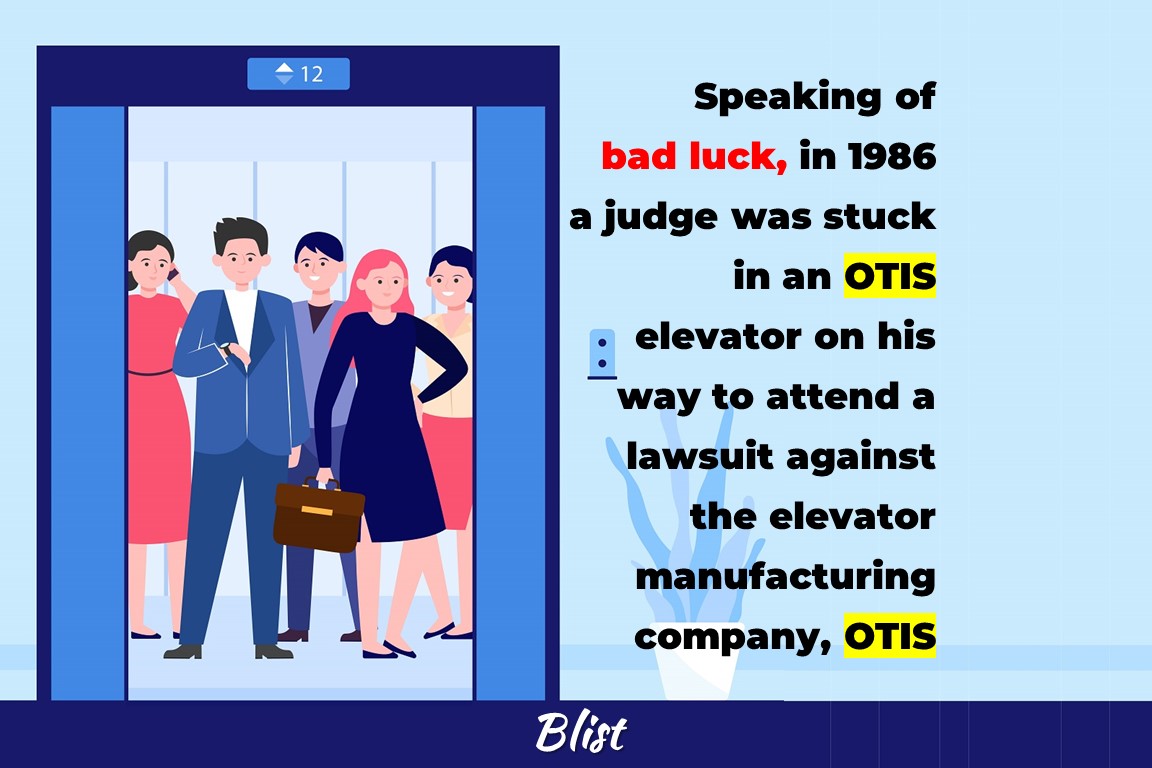 Speaking of bad luck, in 1986 a judge was stuck in an OTIS elevator on his way to attend a lawsuit against the elevator manufacturing company, OTIS 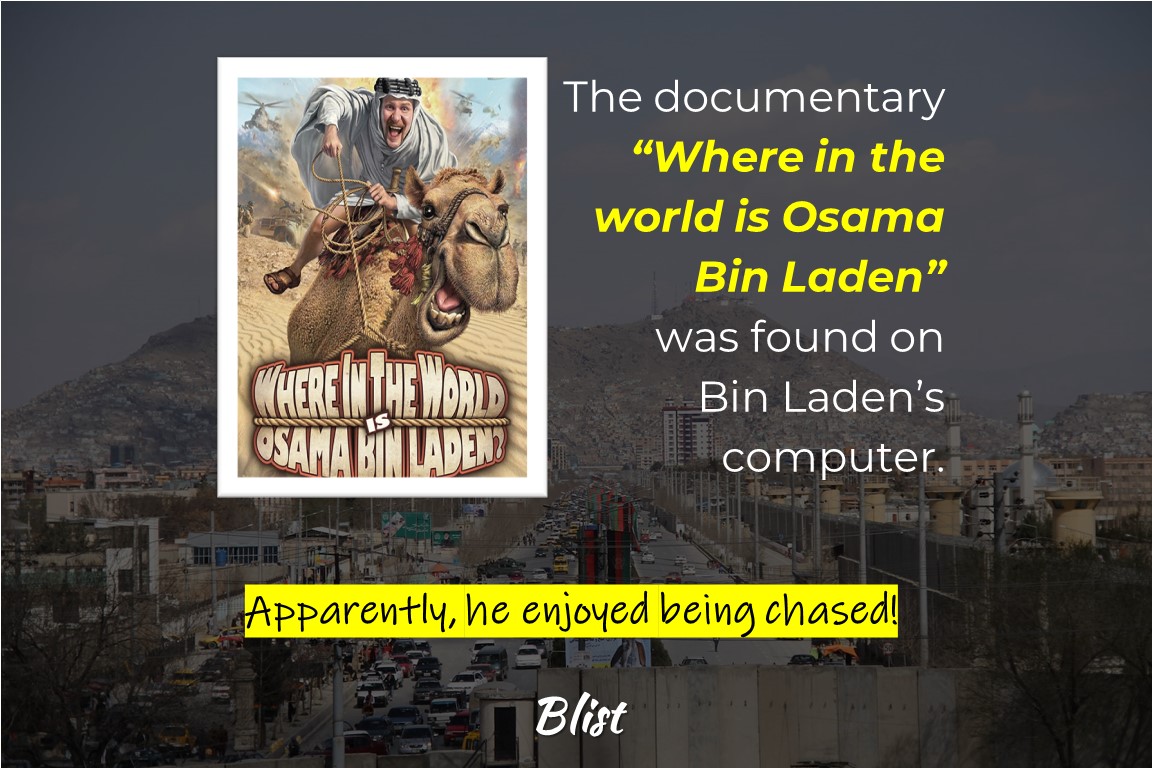 The documentary “Where in the world is Osama Bin Laden” was found on Bin Laden’s computer. 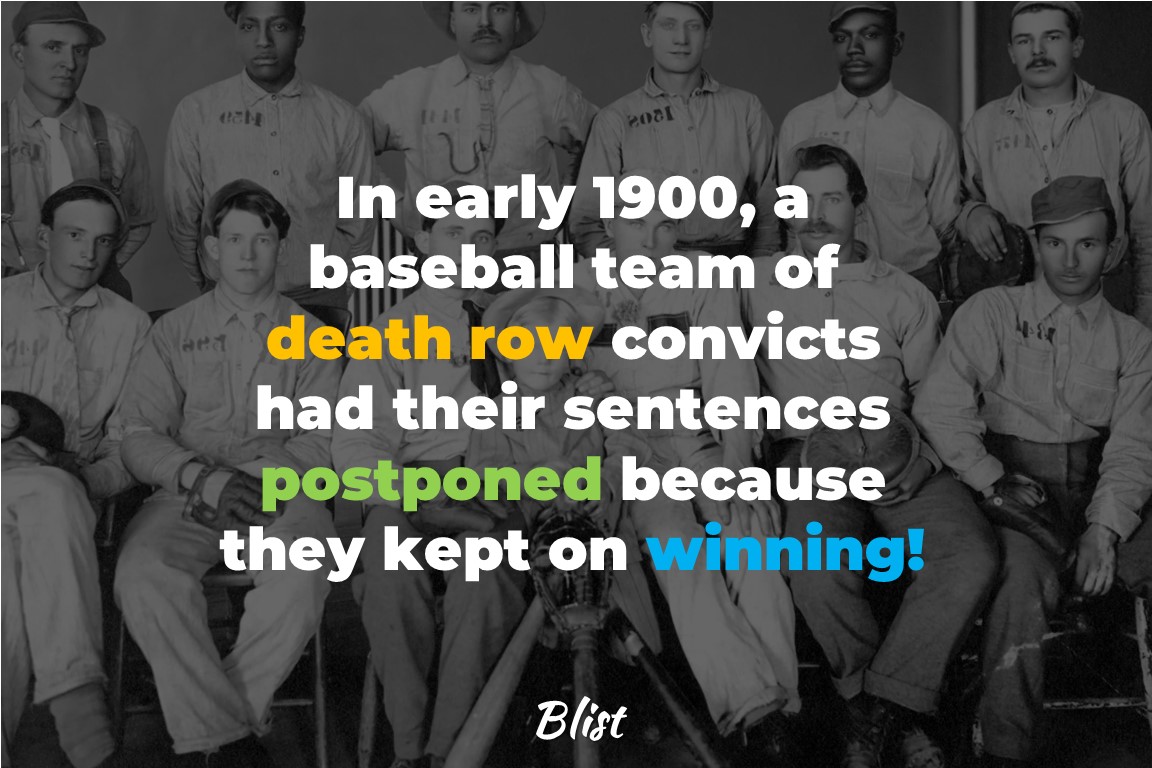 In early 1900, a baseball team of death row convicts had their sentences postponed because they kept on winning! 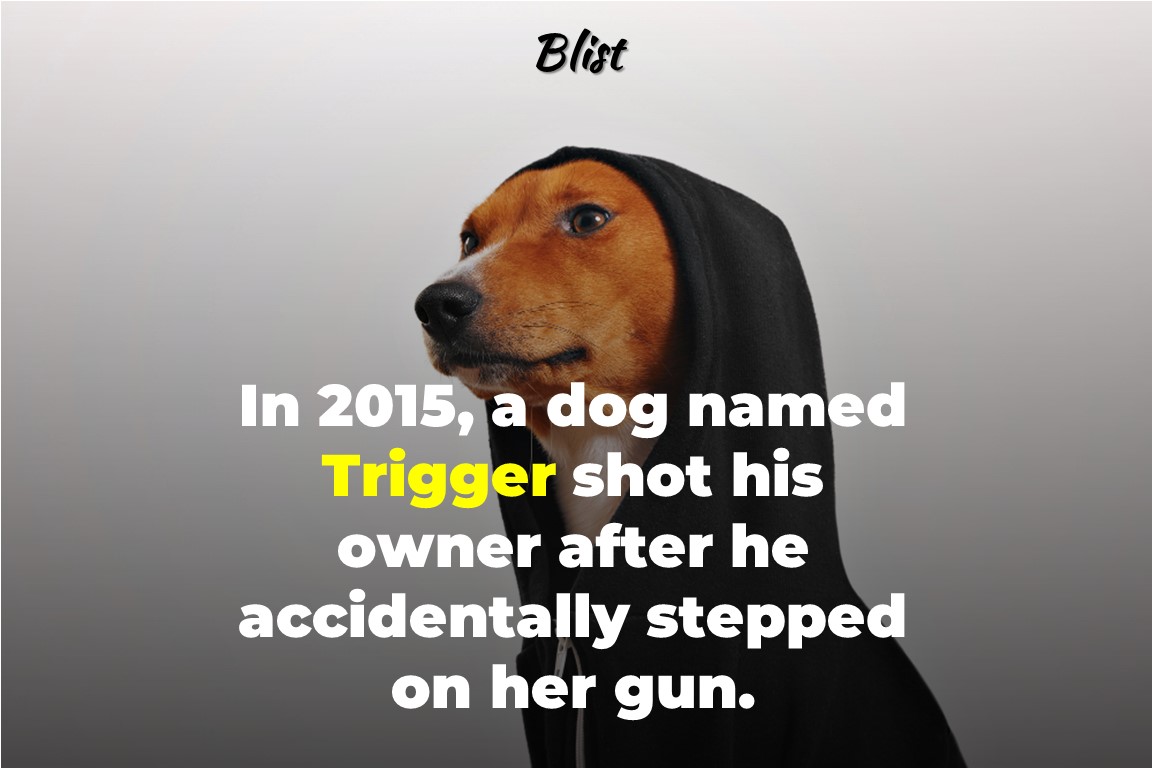 In 2015, a dog named Trigger shot his owner after he accidentally stepped on her gun. 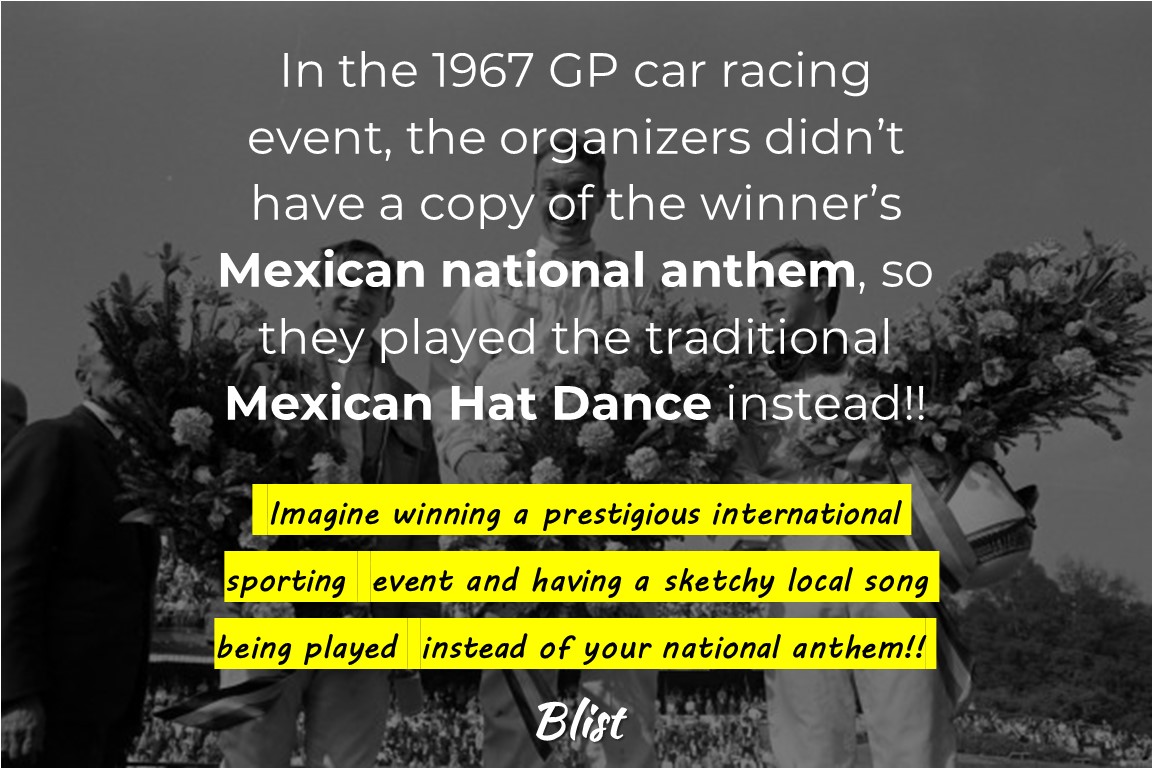 In the 1967 GP car racing event, the organizers didn’t have a copy of the winner’s Mexican national anthem, so they played the traditional Mexican Hat Dance instead!! Imagine winning a prestigious international sporting .event and having a sketchy local song being played .instead of your national anthem!!. 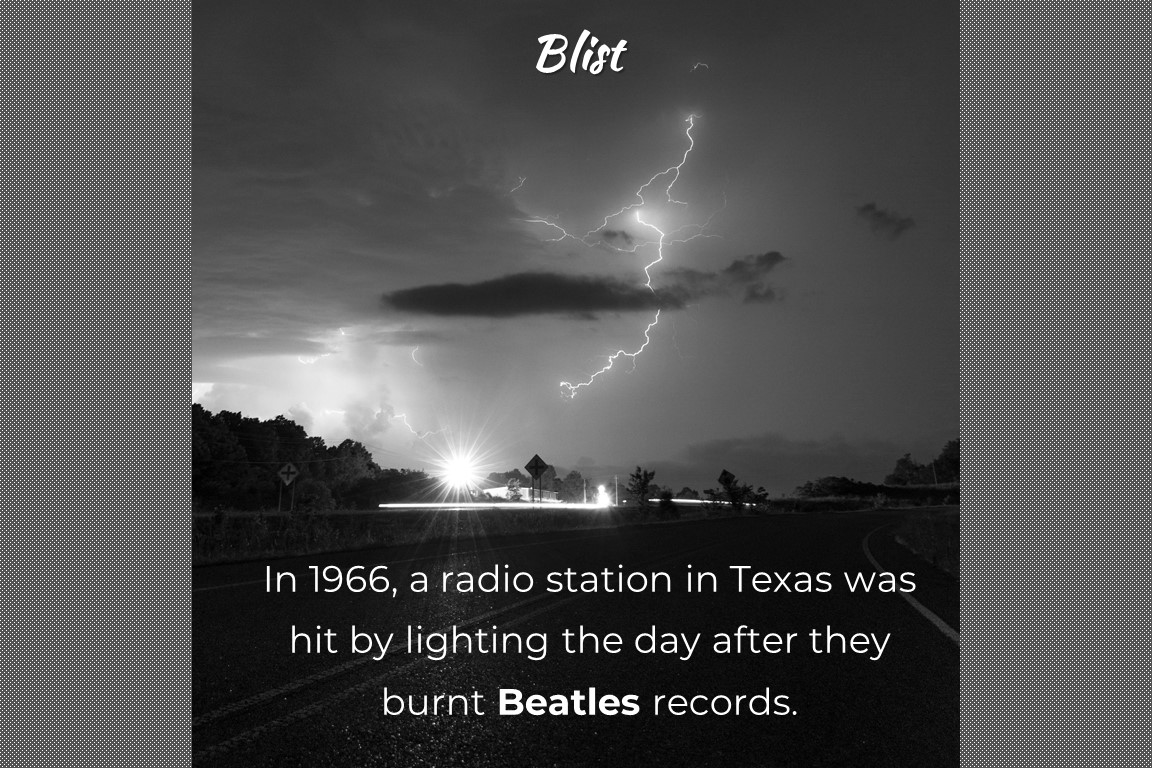 In 1966, a radio station in Texas was hit by lighting the day after they burnt Beatles records. 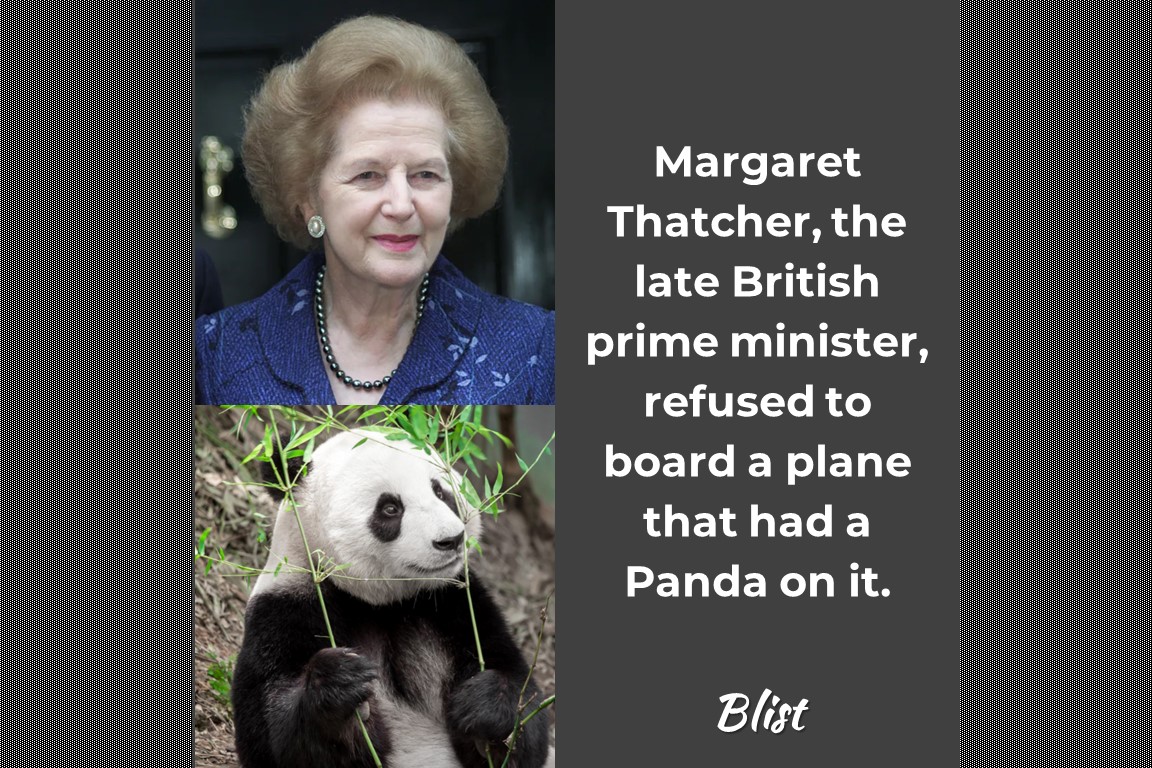 Margaret Thatcher, the late British prime minister, refused to board a plane that had a Panda on it. 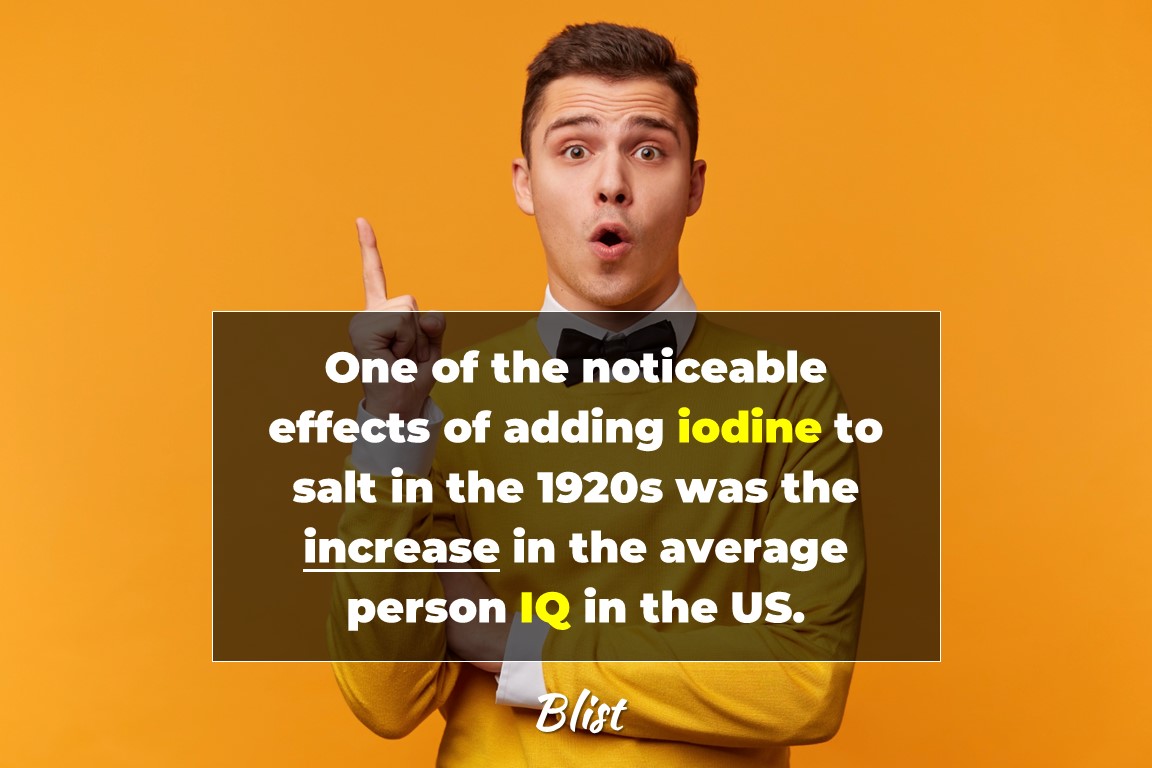 One of the noticeable effects of adding iodine to salt in the 1920s was the increase in the average person's IQ in the US. 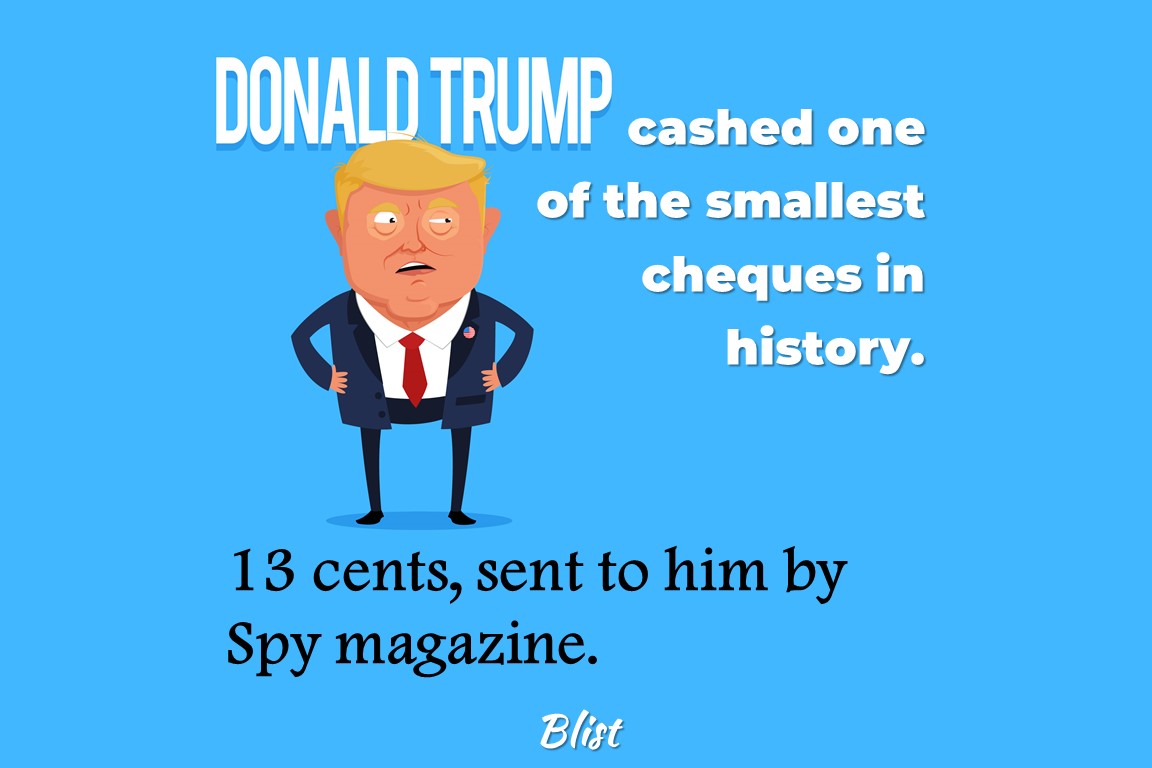 Donald Trump cashed one of the smallest cheques in history. 13 cents, sent to him by Spy magazine. 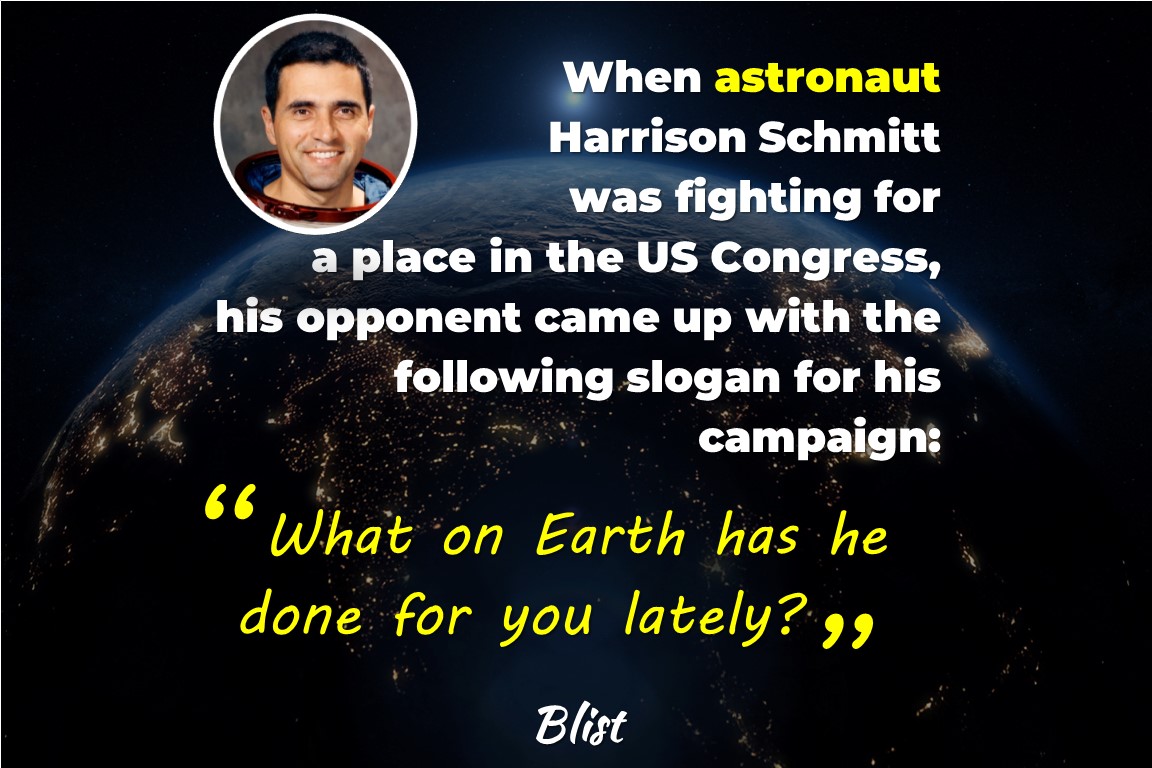 When astronaut Harrison Schmitt was fighting for a place in the US Congress, his opponent came up with the following slogan for his campaign: "What on Earth has he done for you lately?" 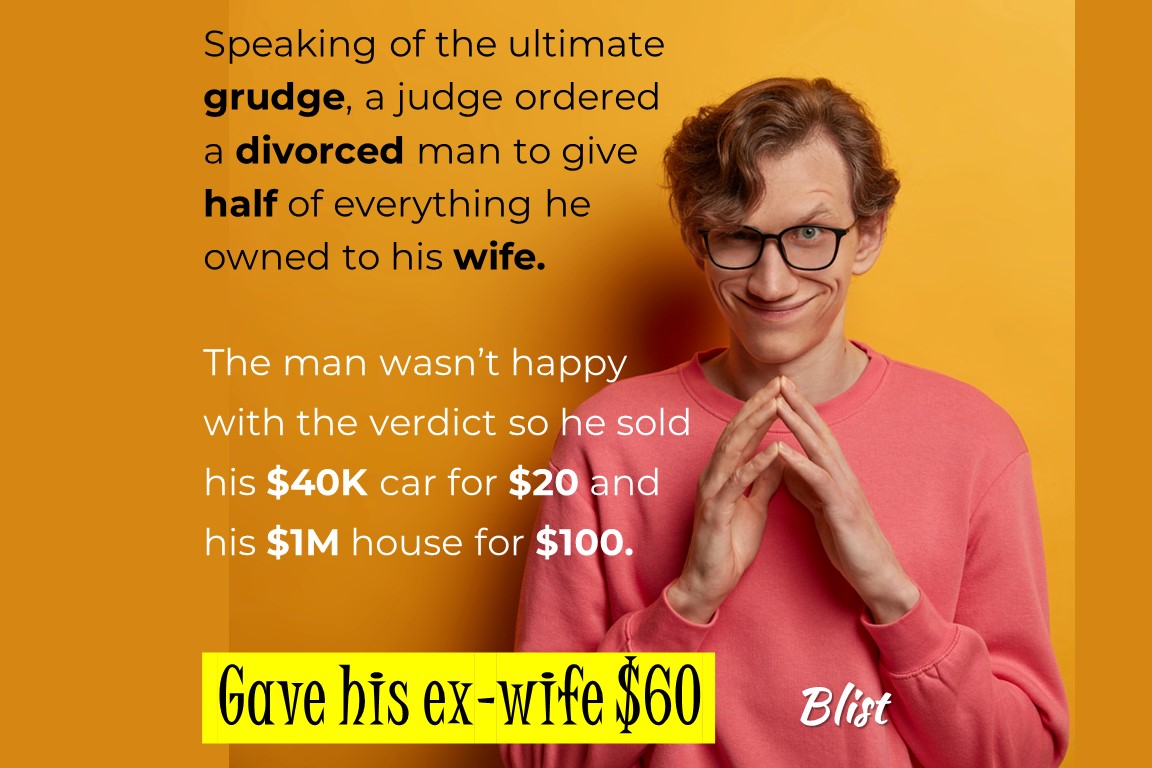