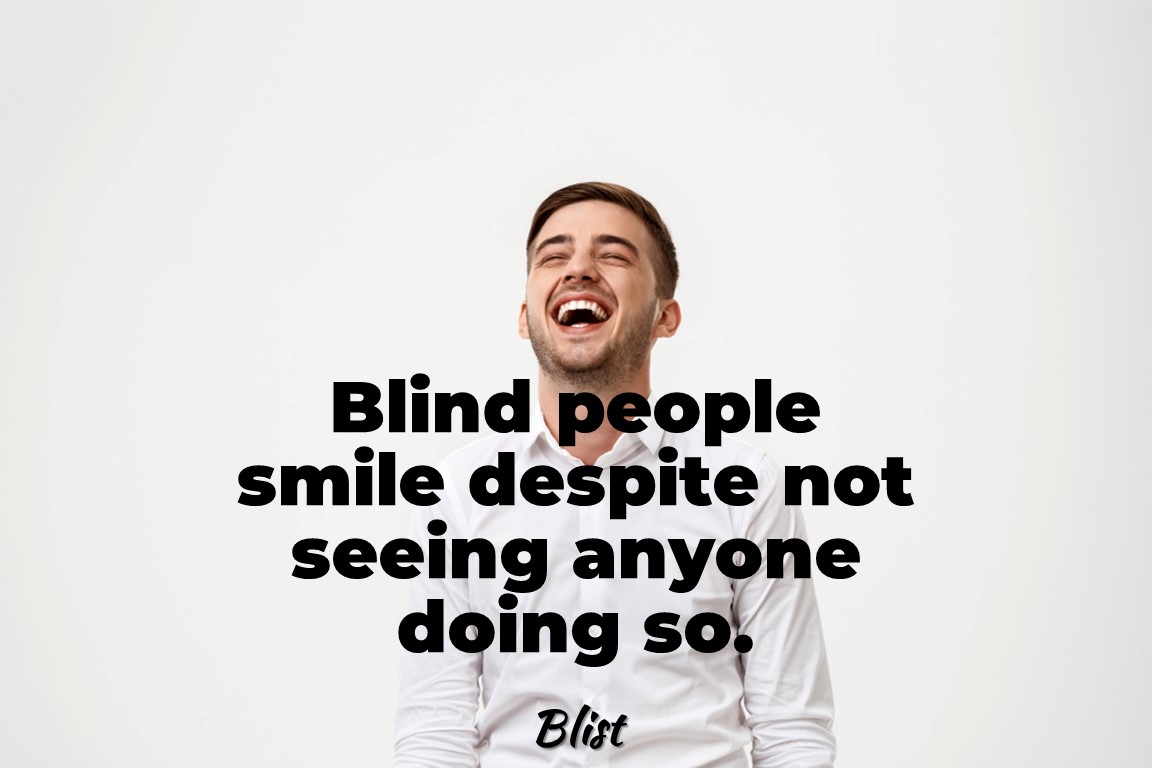 Blind people smile despite not seeing anyone doing so. 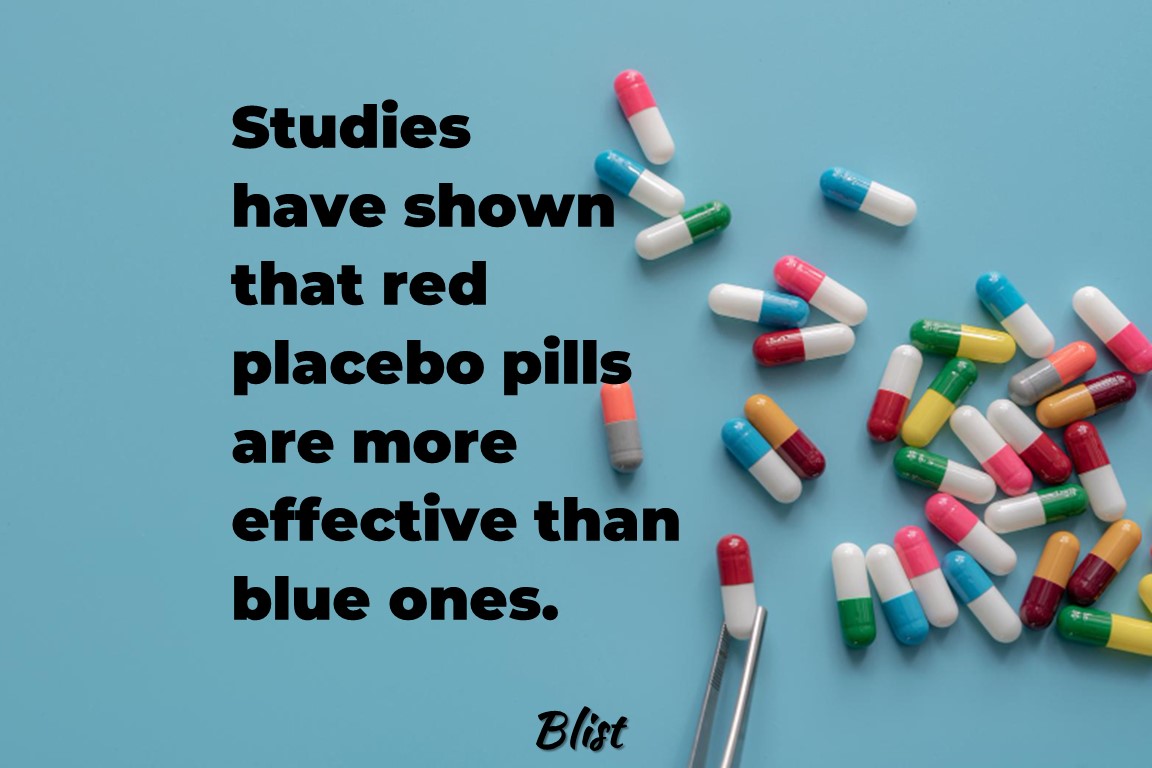 Studies have shown that red placebo pills are more effective than blue ones. No one knows why. 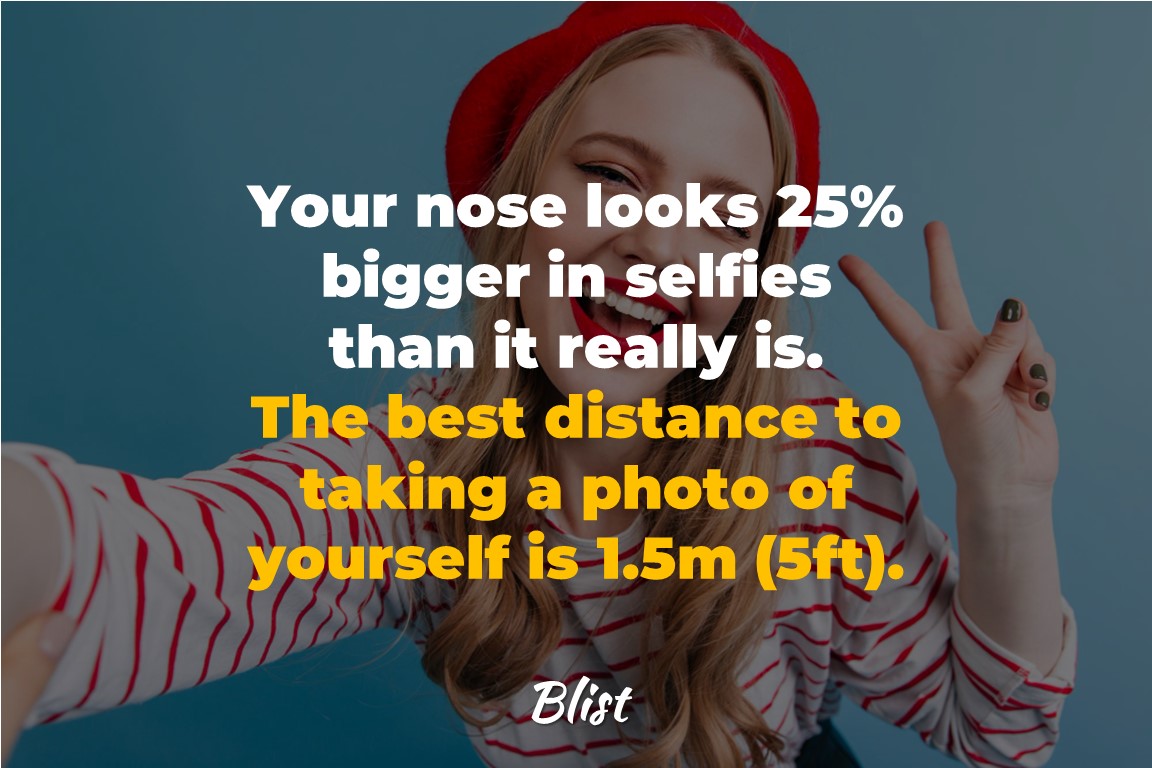 Your nose looks 25% bigger in selfies than it really is.The best distance to taking a photo of yourself is 1.5m (5ft). 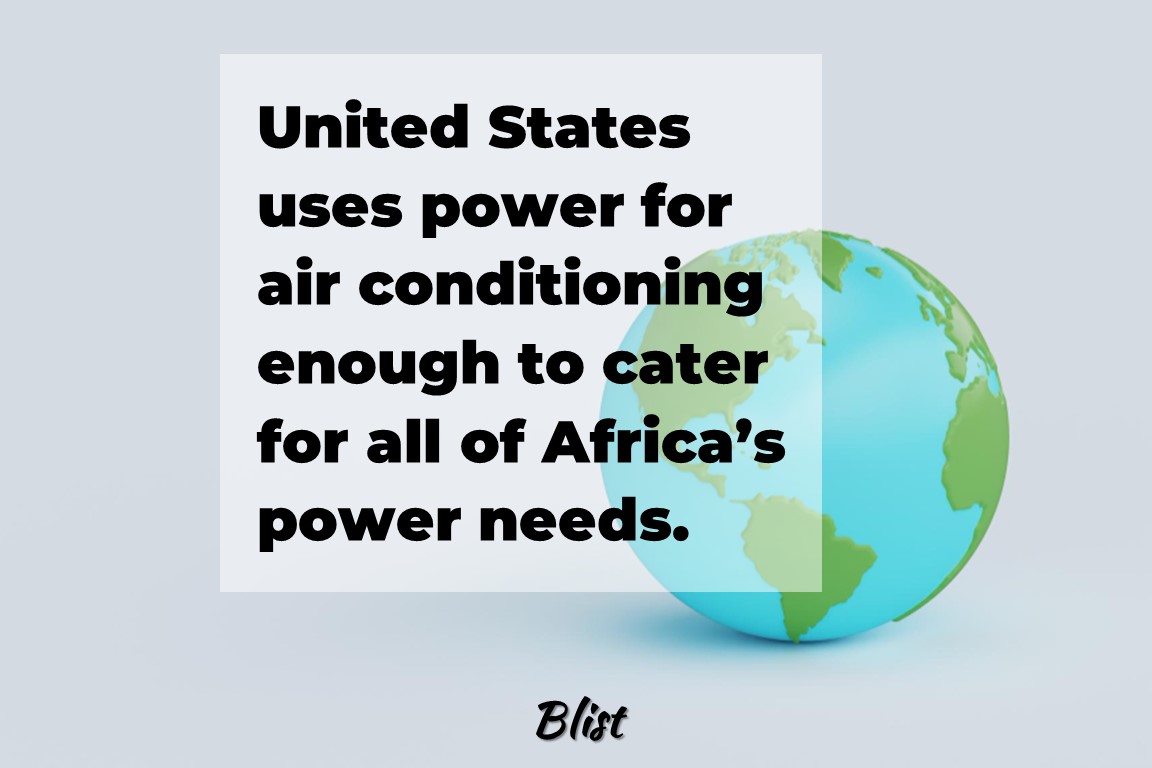 United States uses power for air conditioning enough to cater for all of Africa’s power needs. 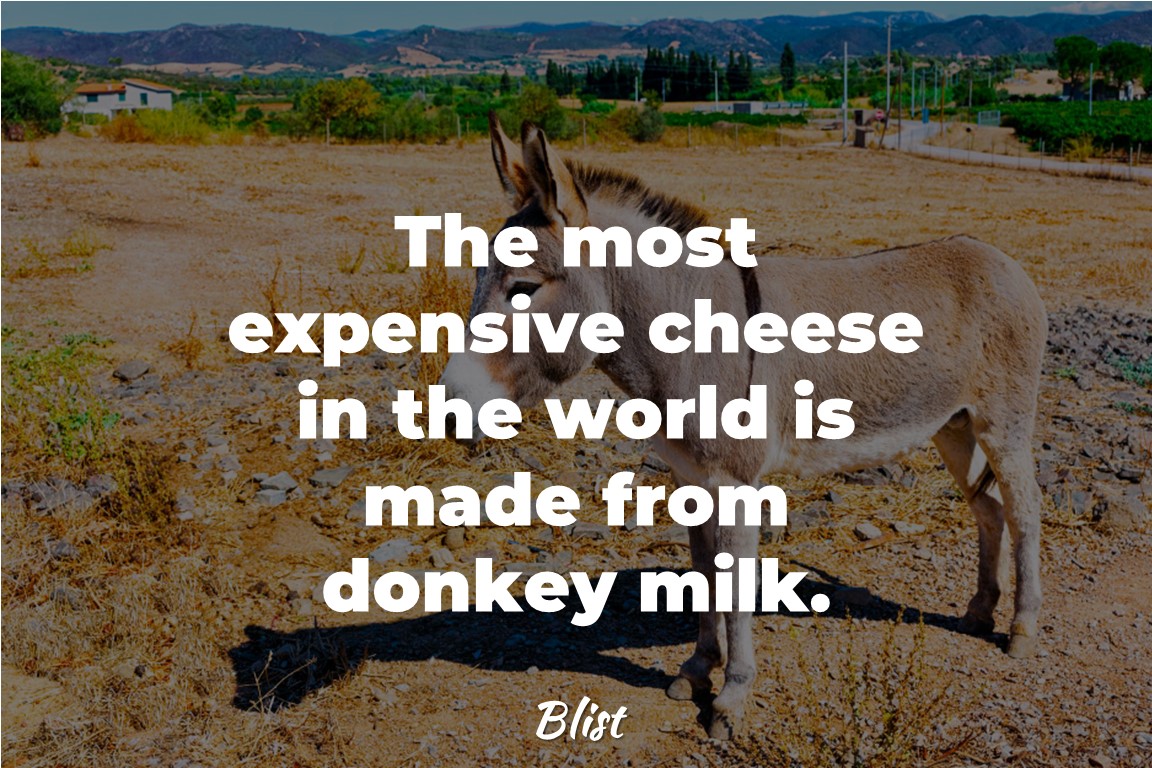 The most expensive cheese in the world is made from donkey milk. 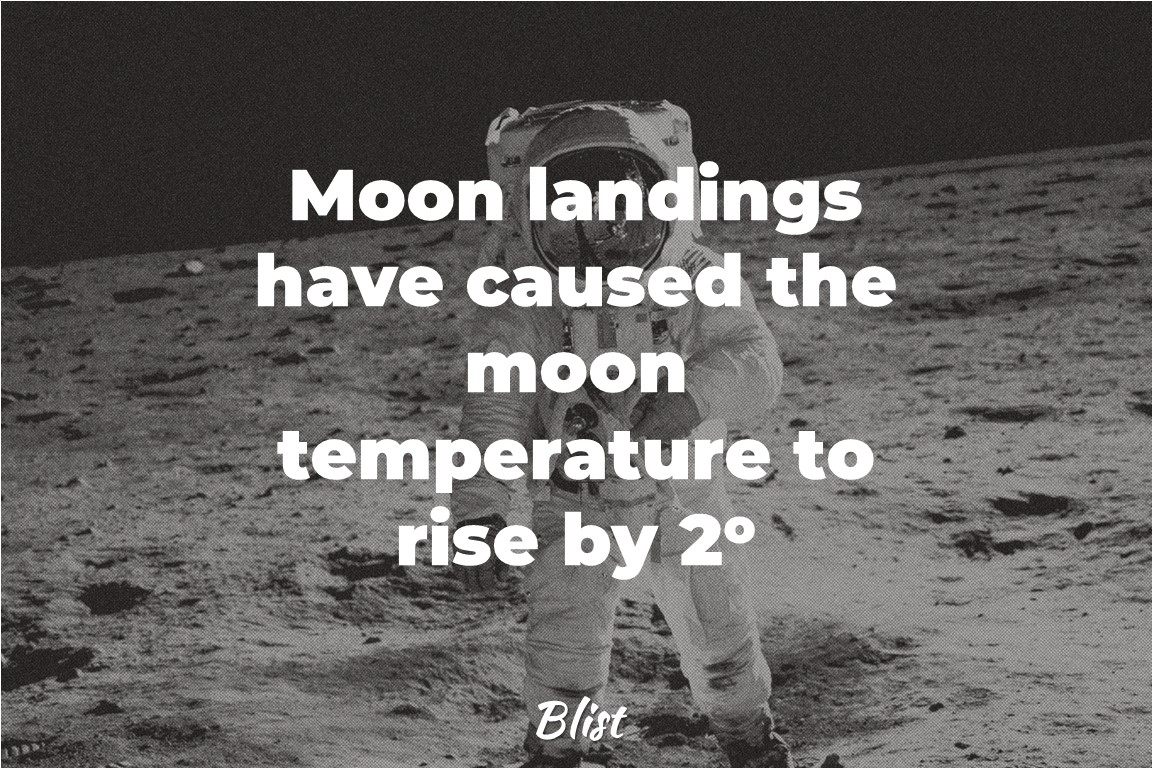 Moon landings have caused the moon temperature to rise by 2 degrees. 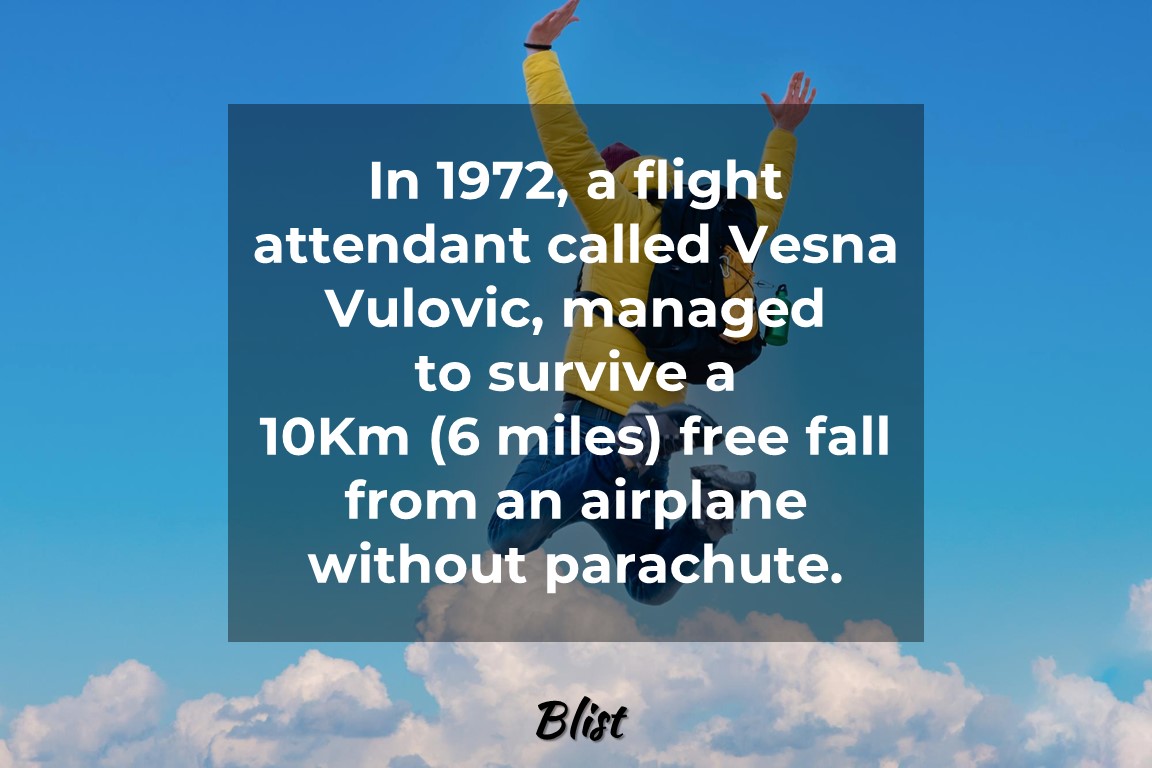 In 1972, a flight attendant called Vesna Vulovic, managed to survive a 10Km (6 miles) free fall from an airplane without parachute. 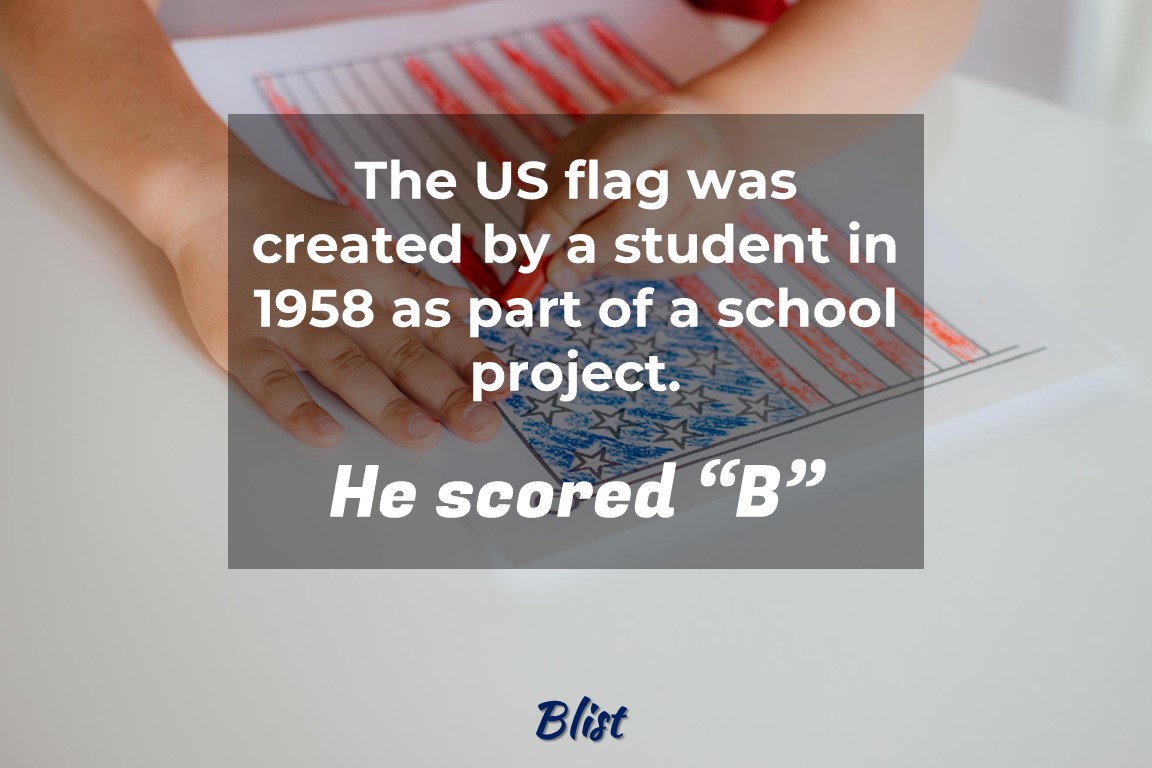 The US flag was created by a student in 1958 as part of a school project. He scored 'B'. 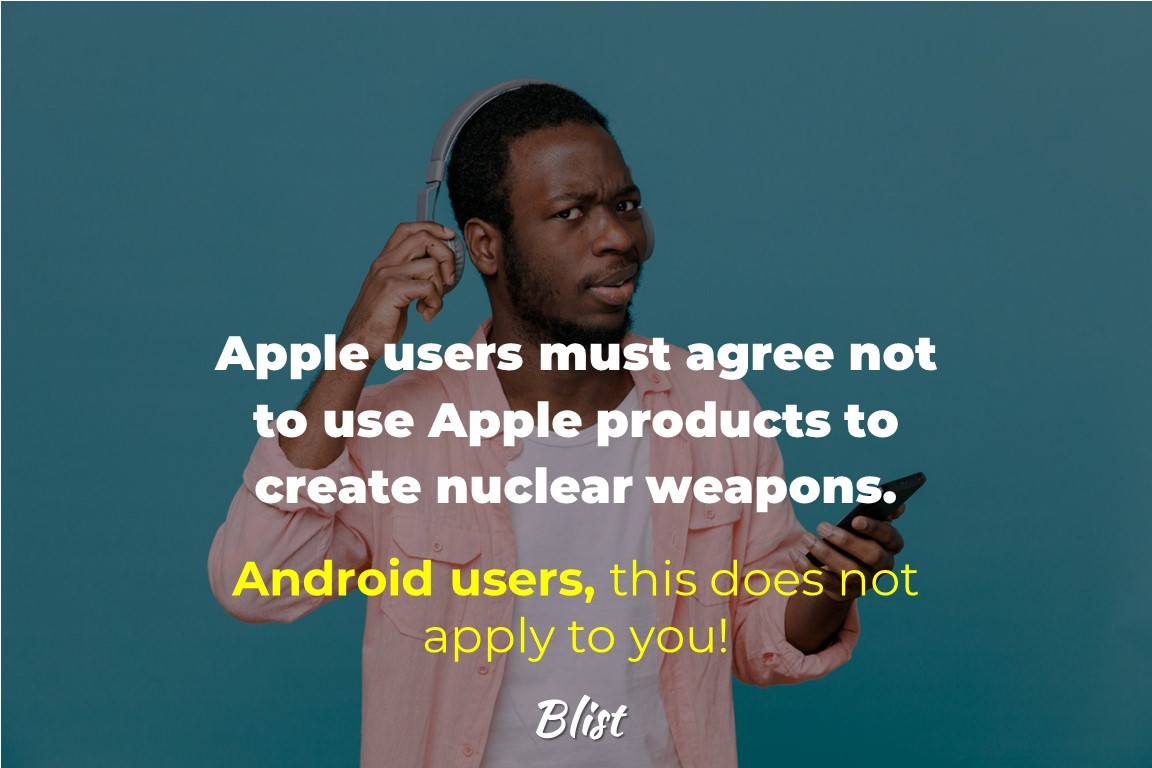 Apple users must agree not to use Apple products to create nuclear weapons. Android users, this does not apply to you! 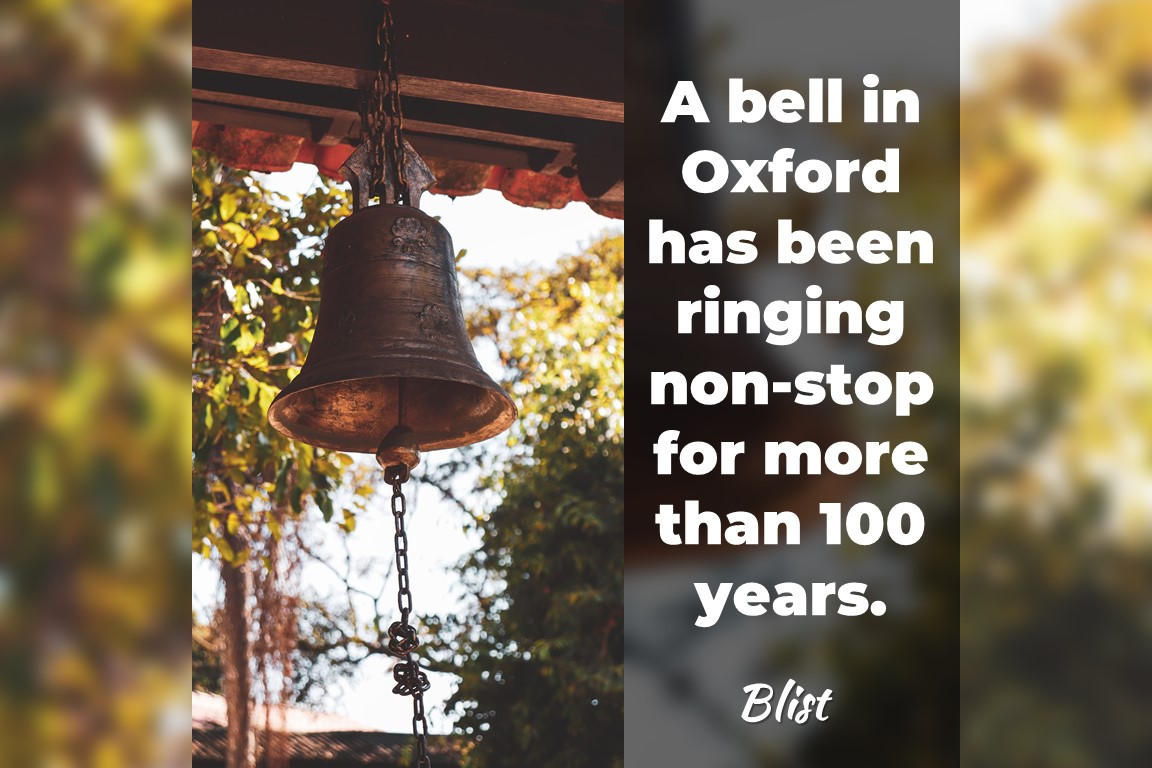 A bell in Oxford has been ringing non-stop for more than 100 years.