Why Do Women Buy Lipstick During Recessions and Economic Crises? 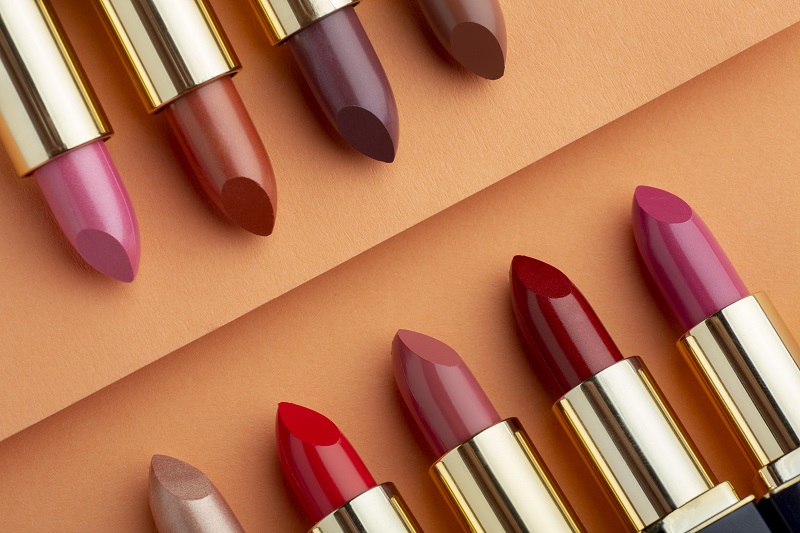 After the economic recession that followed the 9/11 attacks, Leonard Lauder, the CEO of cosmetics giant Estee Lauder, noticed there was a surge in lipstick sales.

He noticed that lipstick sales have gone up by 11% while most things in the market were going down.

This came as shock to him as he didn't really understand why women were rushing to buy lipstick, a supposedly unnecessary item, in difficult economic times.

After reporting his findings publicly, economists around the world noticed a similar trend in previous recessions as well, the 1990 and 1930 recessions in particular. The pattern again repeated in the 2008 global recession.

There was a clear correlation between lipstick sales and a slow economy. This phenomenon has been labeled as the "lipstick index" and can be used to test or predict whether the economy is doing well or bad. If lipstick sales are higher than average, then probably there is trouble. 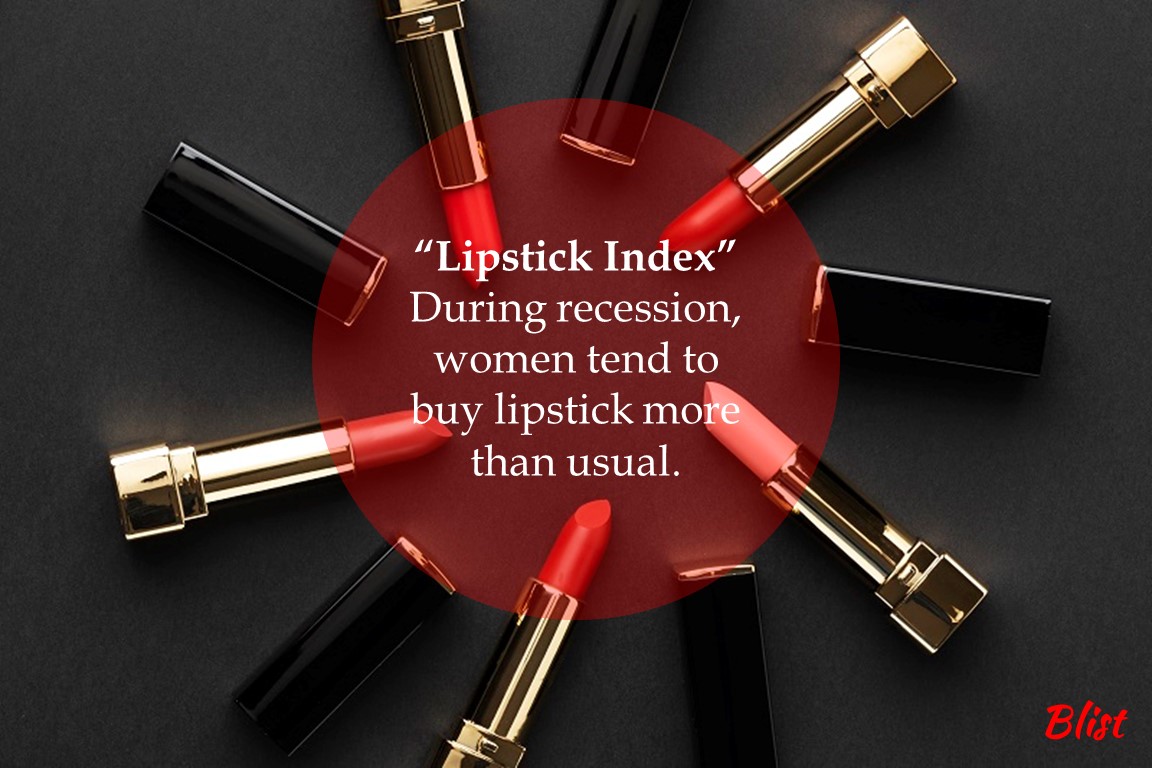 So women buy lipstick in recessions, but why? 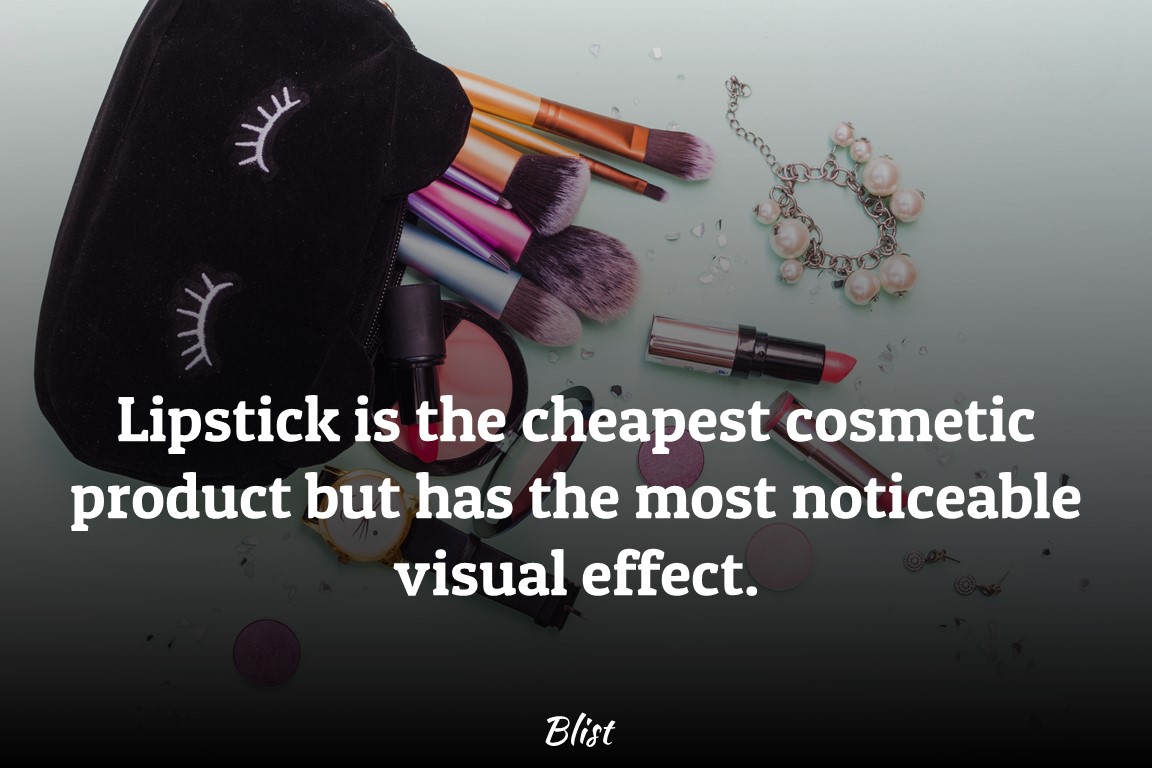 In order to understand the reason behind this weird phenomenon, we have to first remember that people spend less during an economic crisis.

When there is no money, women cannot afford luxurious and expensive items like shoes, dresses, and bags, so they turn their attention to products that can still make them look and feel good at the lowest price possible. Lipstick is cheap compared to other cosmetics and thus becomes a favorite candidate for women when resources are limited.

But why lipstick in particular? There are other cheap cosmetics as well. 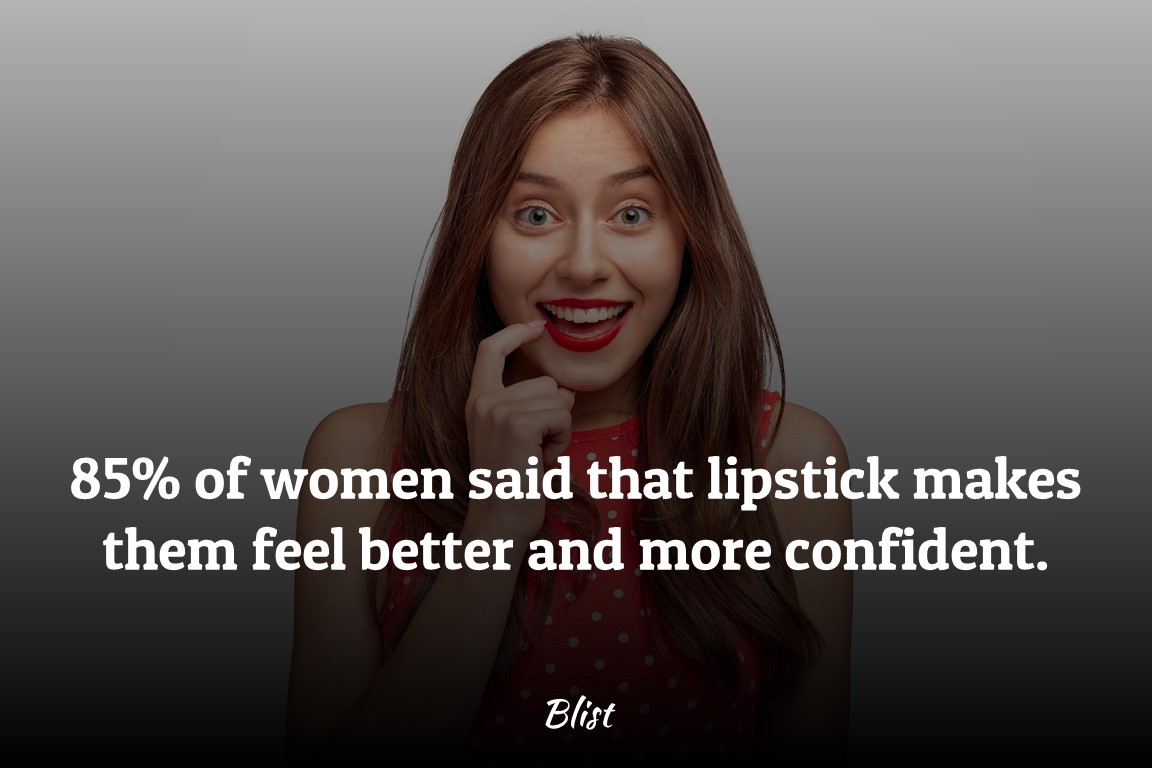 In 2010, Edith Cowan University made a study where 85% of interviewed women said that lipstick gives them comfort and confidence.

These studies may shed a light on why lipstick is women's favorite cheap cosmetic, it simply has the biggest effect on women in making them look good and feel good. That is very important during a slow economy when everyone is trying to fight for their job.

When layoffs are looming in the horizon, women have chosen to put on more lipstick to look at their best in order to boost their chances of keeping a job or getting a new one.

Did the lipstick trend survive the economic crisis accompanying the Corona pandemic? 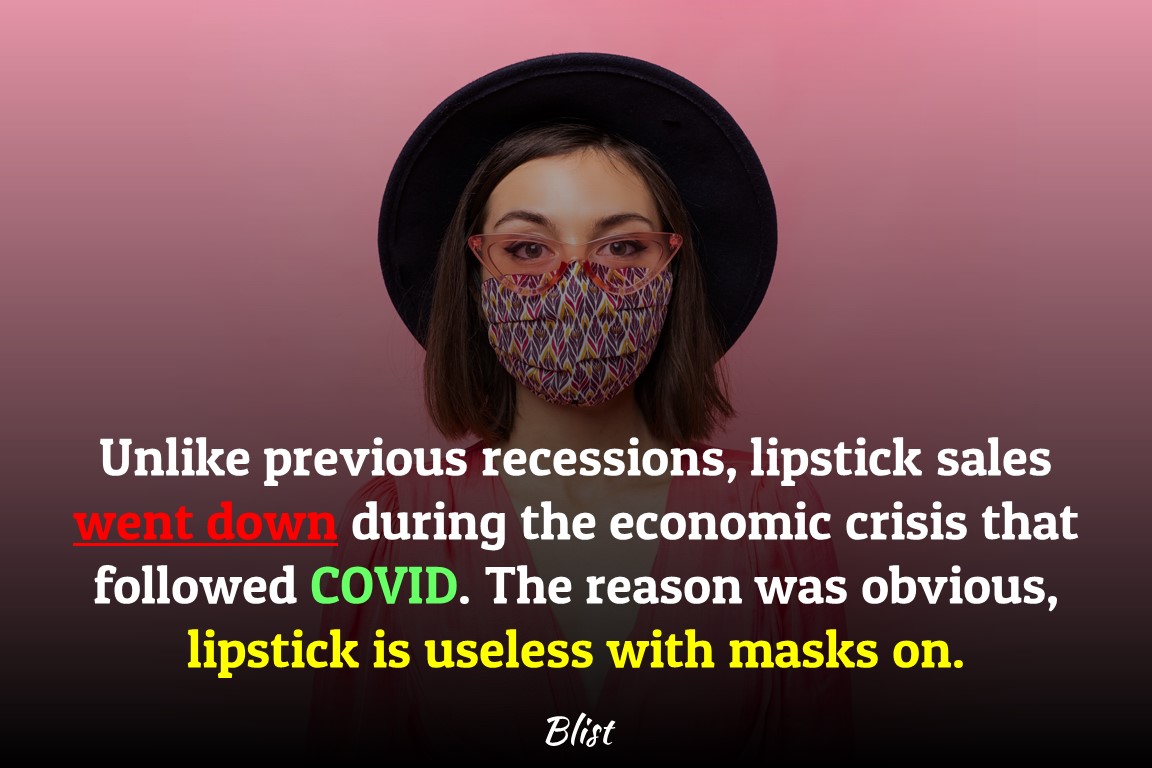 No, it didn't. Unlike other recessions in history, lipstick sales went down drastically during the Corona pandemic, any idea why?

Well, if you didn't guess it already, it is because of the masks. Women couldn't show their lipstick while they were wearing masks.


11 Tips To Improve Your Memory And Remember Better
Are You Overweight? Take the test.
13 Effective Methods To Stop Wasting Time and Beat Procrastination
How Misleading Statistics Are Used By The Media To Influence The Public
12 Common Workout Mistakes You Must Avoid