The Shortest International Border In The World Is 85m Only! 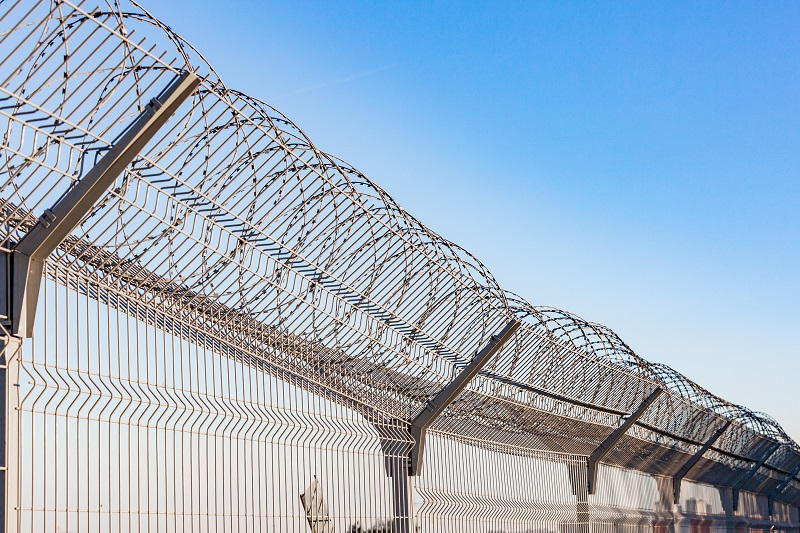 The country with the shortest border 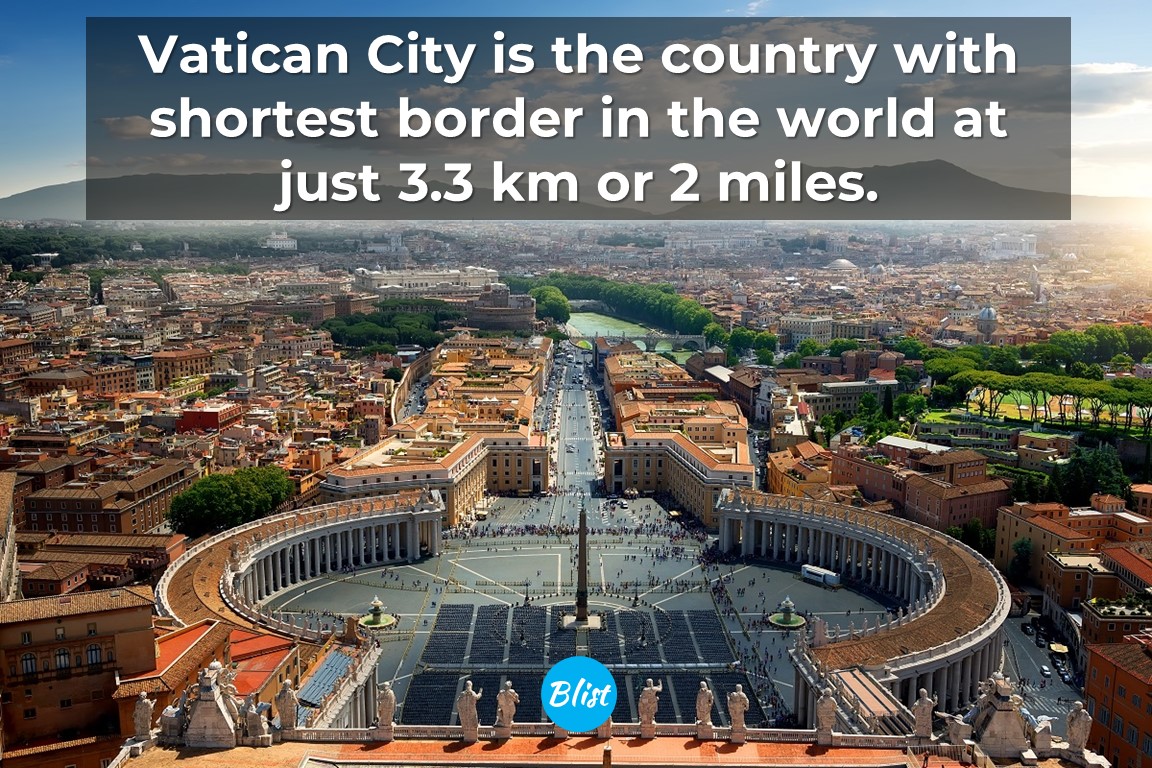 Vatican City is the smallest country in the world. Located inside the city of Rome, it is the home to about 800 habitants only.

Being the smallest in area it is also the country with the shortest total border length of just 3.3 KM.

Despite that fact, Vatican City's border with Italy is not the shortest international border in the world.

The shortest total border between any two countries 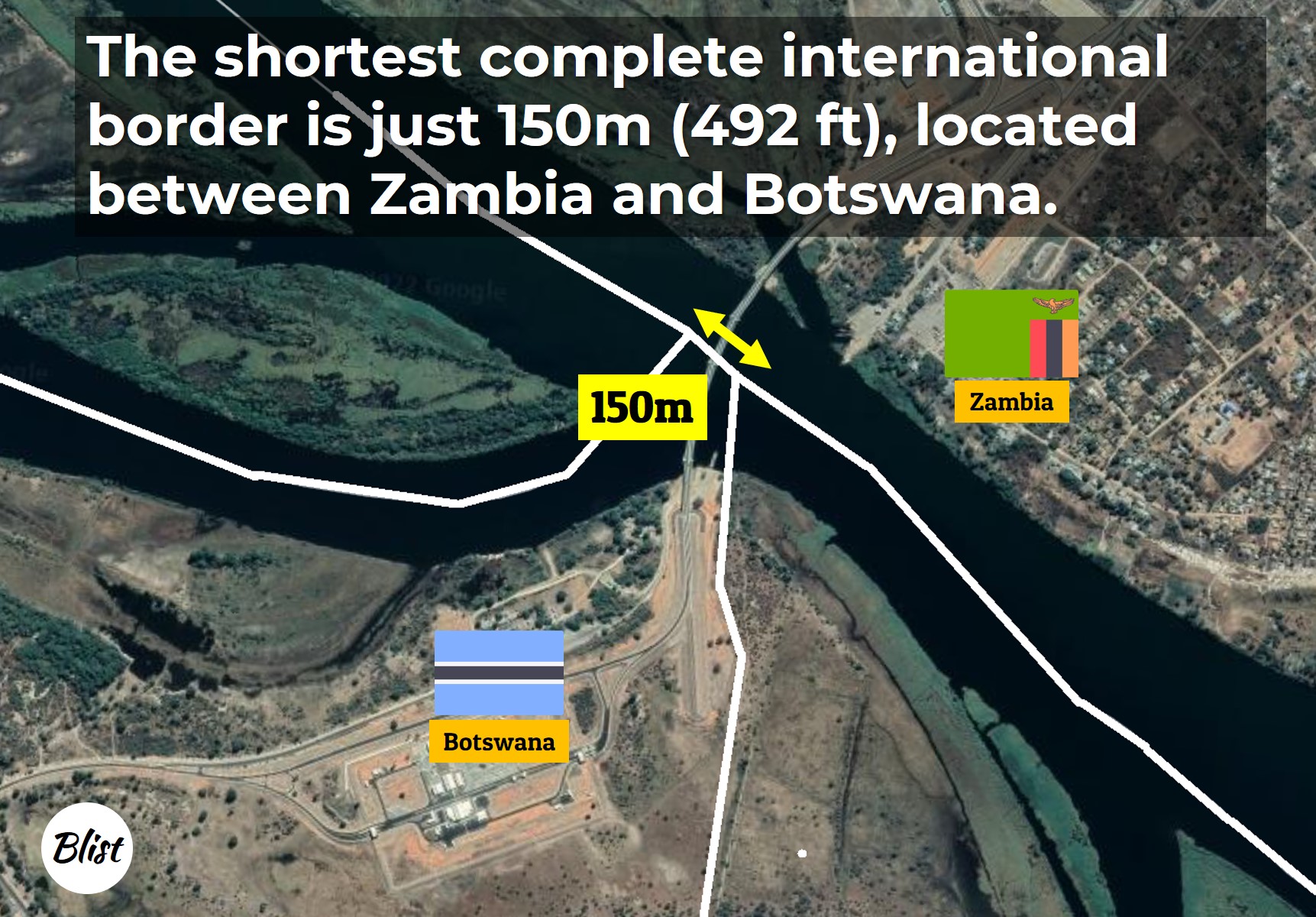 The border between Botswana and Zambia is just 150m. The border is not on a strip of land but it is located along the Zambezi River.

The story of this short border is rather interesting.

Initially, there was no border between Zambia and Botswana. The borders of four countries (Botswana, Zambia, Namibia, and Zimbabwe) intersected at a single point in the middle of the Zambezi river. This was the only place on earth where four countries had a common border.

That meant Botswana would not have access to Zambia since a point of intersection does not qualify as a border. Having a border with Zambia was important to Botswana's trade. 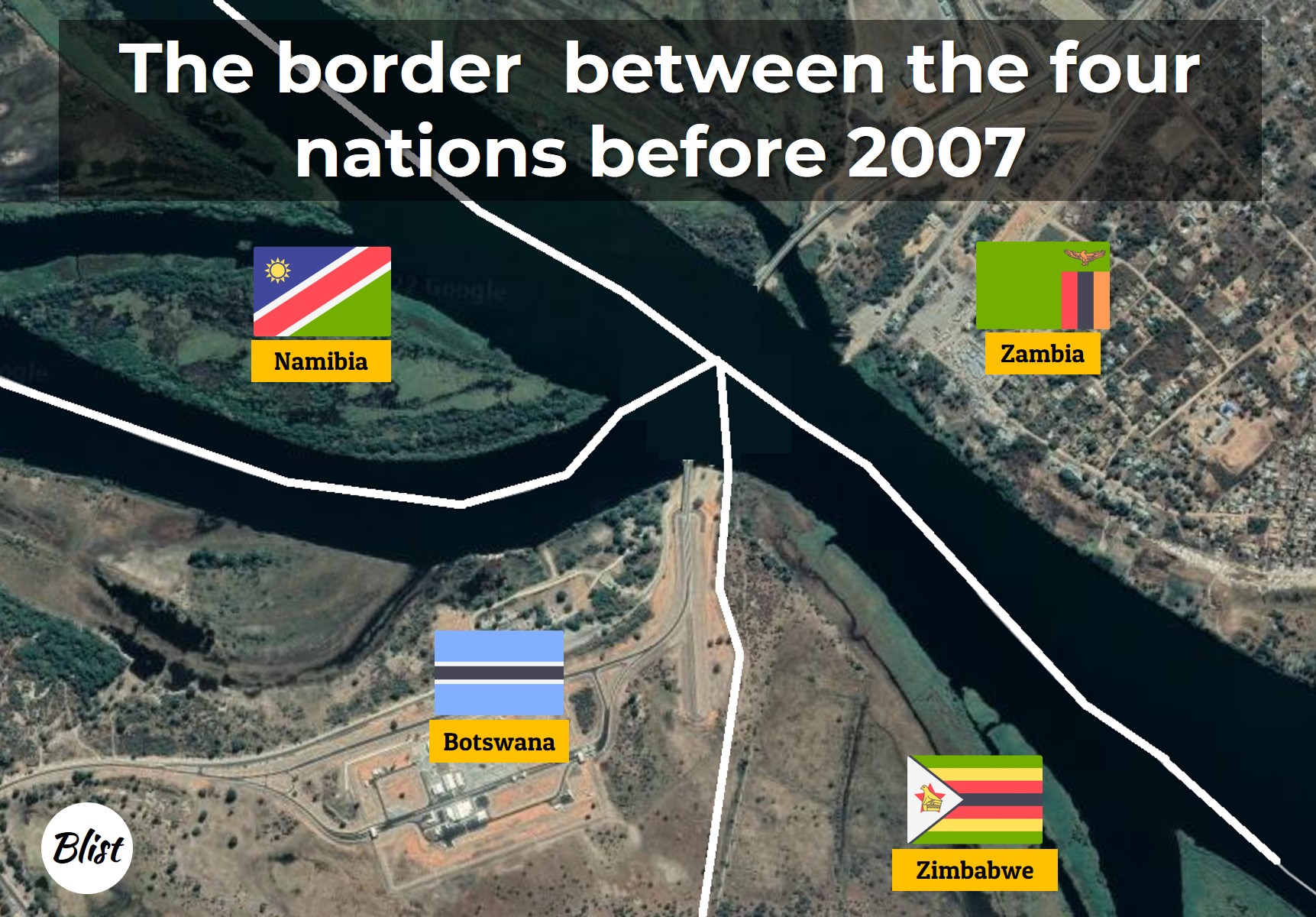 Botswana's claims were not welcomed by Namibia and Zimbabwe at the beginning which resulted in many years of feud and hostility.

In 2007, the four countries sat together to settle this disagreement and managed to approve Botswana's claim on a 150m border with Zambia. 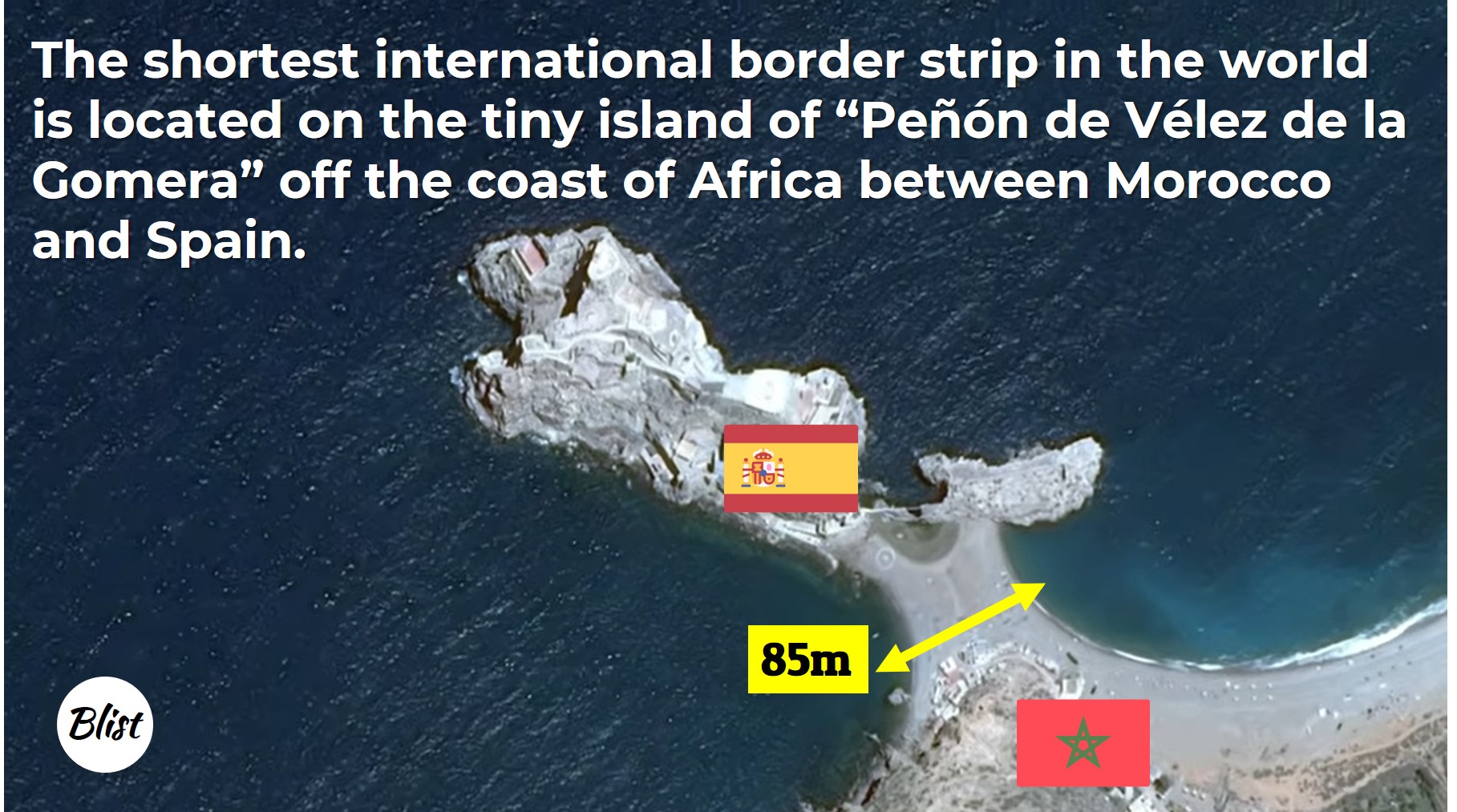 With the end of the colonization era approaching, most colonies in Africa have been relinquished, Spain however decided to keep a foothold in Africa by refusing to give up small territories located in Morroco. The most notable of these are Melilla and Ceuta.

Spain continues to claim these as Spanish territories which is constantly disputed by Morroco.

We are not very intrested in Melilla or Ceuta but rather in a very small terretory inbetween called "Peñón de Vélez de la Gomera". 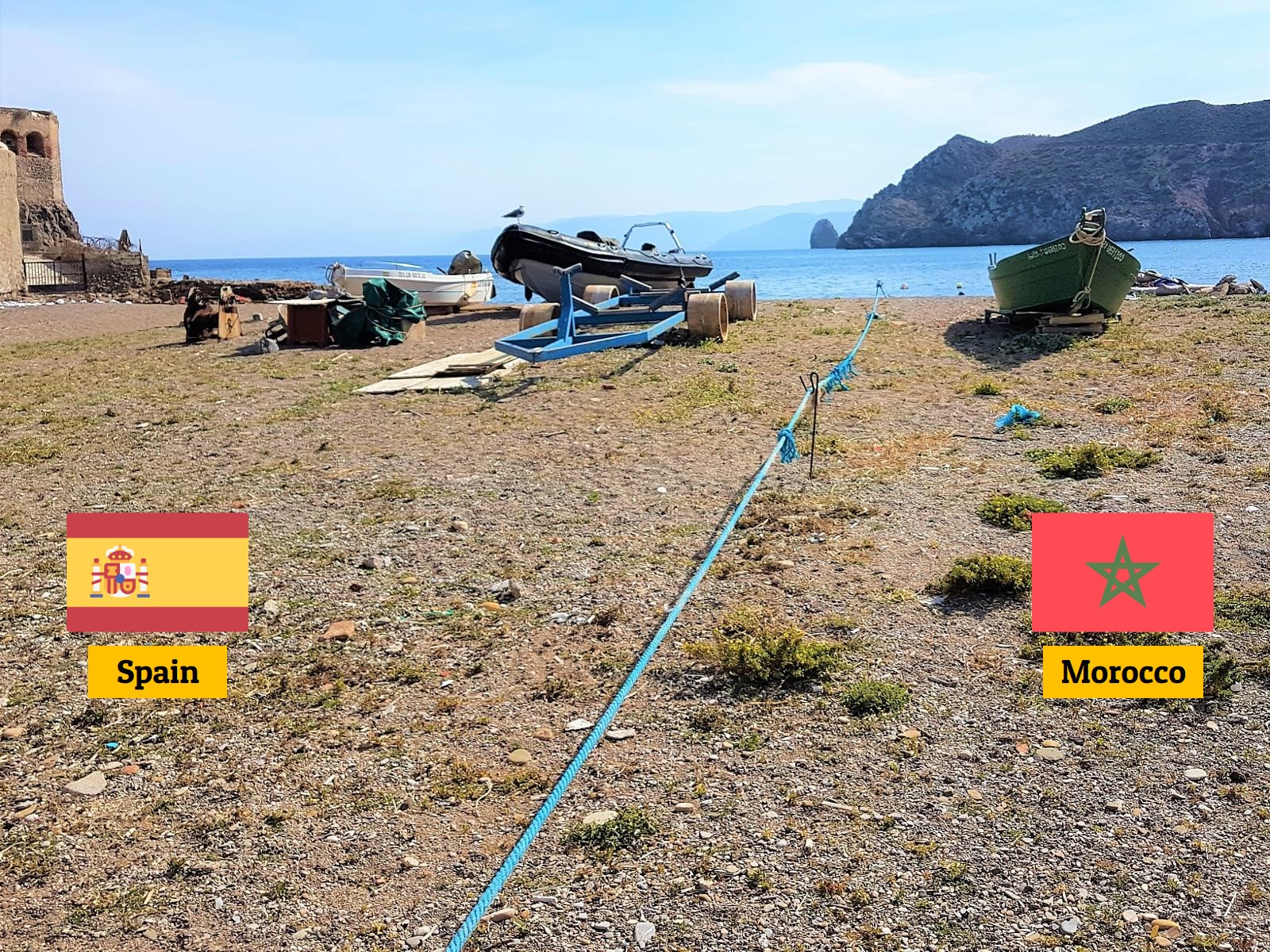 "Peñón de Vélez de la Gomera" is a tiny island of the coast of Morroco but controlled by Spain. The island is connected to the mainland by sand.

A borderline has been set to separate mainland Morroco from the tiny Spanish island. The length of the border is merely 85 meters making it the shortest international border strip in the world. The border is loosely marked by just a piece of thin blue thread. 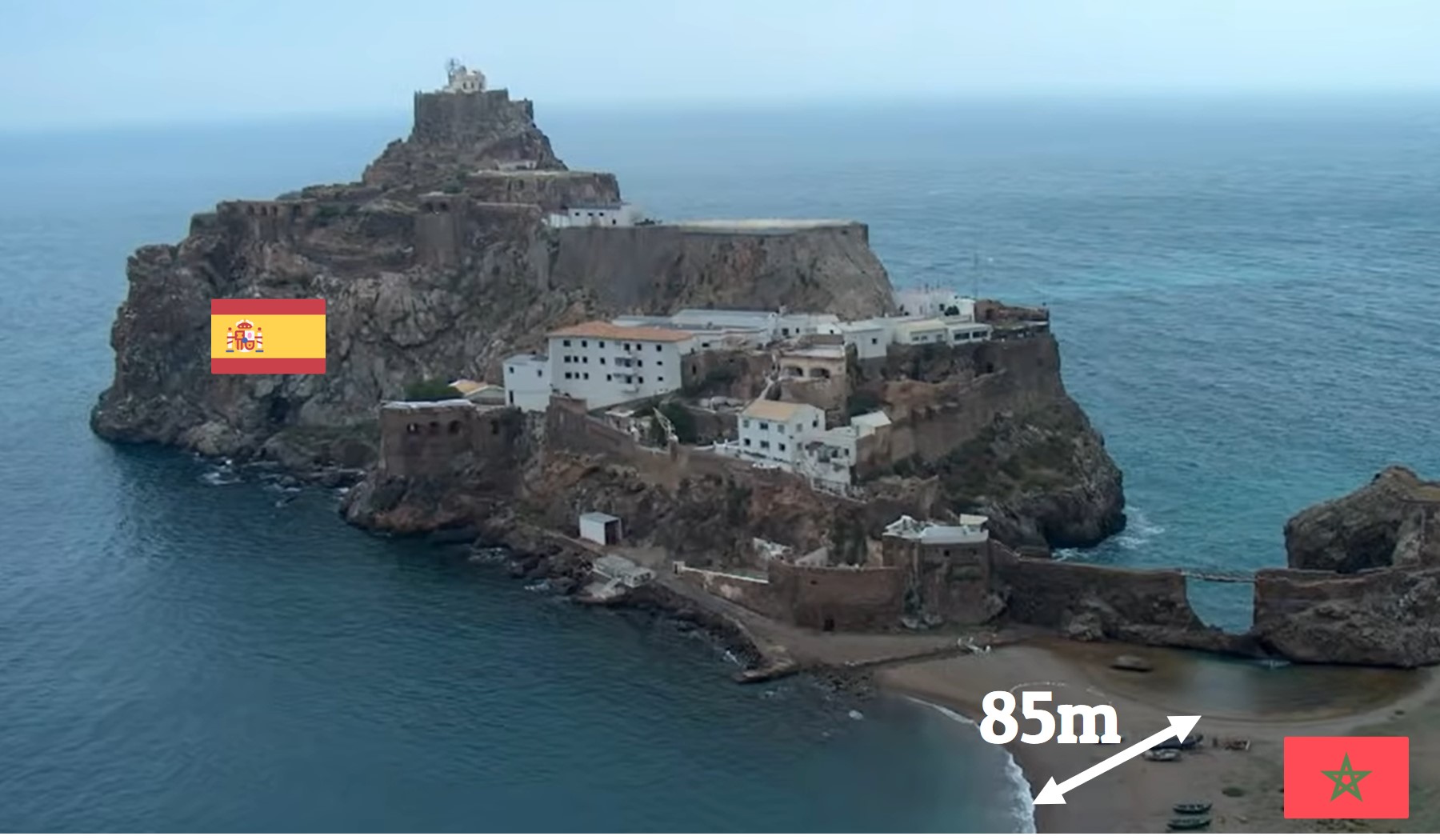 Why doesn't spain give "Peñón de Vélez de la Gomera" back to Morroco?

There is nothing special about the extremely tiny island. It is too small to be useful for anything. Spain is not gaining anything from the island but they are worried that if they give away the tiny island back to Morroco then Morroco will be more aggressive about regaining bigger and more important areas like Melilla and Ceuta, which are considered very important trade and tourism destinations, so Spain decided to maintain an army base in "Peñón de Vélez de la Gomera" so that Morroco wouldn't just take over the island.


22 Tips For Better Sleep
Army to Population Percentage For Each Country In The World. The World's Biggest Militaries.
24 Psychological Tricks To Control and Manipulate People Around You
14 Weird and Funny Nature Facts
How Misleading Statistics Are Used By The Media To Influence The Public