How Fast Can You Read? Take the test and compare your reading speed. 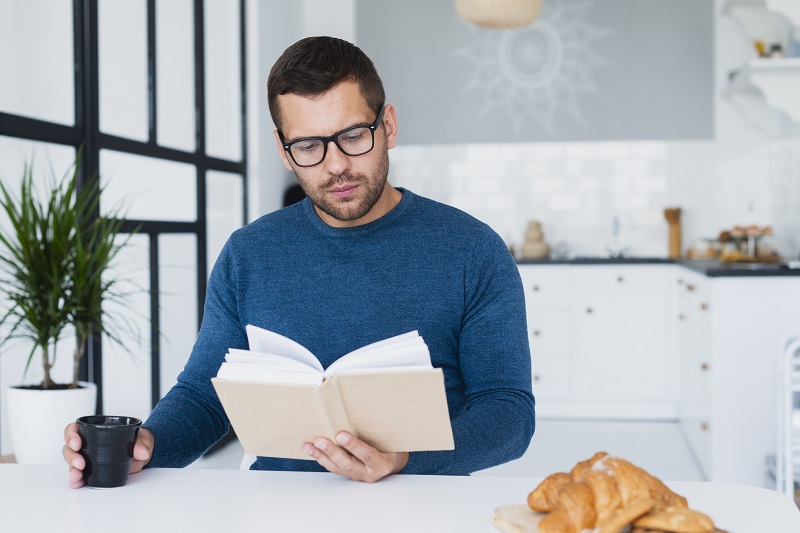 Read as much as you can in 60 seconds from the text in the blue box below. Use the stopwatch function on your phone to time yourself. Stop reading when your 60 seconds run out. You need to read fast but must understand what you are reading.

There will be questions about the text at the end. You must try to answer the questions correctly without looking back at the text. If you read too fast without understanding, you lose points, so it is important to both read fast and understand what you read.

No cheating. Are you ready? Let's go!

John is a successful well-established engineer who works in New York for a company that builds bridges. His manager has recently promoted him to project manager but requested from him to relocate to the west side of the country to handle a new project there.

John was obviously happy about the promotion but has no intention to relocate and leave his wife and only son. The other option he has is to take his family with him to California and live there permanently.

John's son is 7 years old and has a permanent disability. Moving schools is not going to be easy. John considered all of his options thoroughly and decided finally not to accept the job in California even if meant that he would not get promoted. The trouble was just not worth it for him.

He opened up to his manager about the reasons behind his decision. His manager was disappointed with John's decision and decided to promote him anyway and promised to find another role somewhere in New York.

Two weeks later, the manager came back with another project aimed at constructing a 400-meter tower in a nearby location. The mega project is a one billion dollars worth of investment and the stakes for completing the project on time are very high.

Realizing the size of his responsibility, John felt that he may not be ready to take on such high profile project, but he couldn't just say no again to his manager. That would be just unprofessional and would put John's position in the company at risk. He accepted the role and took on the risks that came along with it.

The deadline for finishing the Tower was 36 months only. Being the dedicated person that he his, he pushed the teams to 100% of the capacities and managed to complete the whole project in just 24 months!

Try to answer the below questions without looking back at the text.

Check your answers from the text to see what questions you answered wrong.

Calculating your WPM (Words Per Minute)

Now that you know your WPM compare your results to the population average.

You are a avery slow reader. You read like someone in the early stages of primary school. 5% of the population read at this speed.

Not bad but still slow for adults. This is the pace that secondary school students read at. 15% of the population read at this speed.

The average speed for most adults. 60% of people read at this pace.

Faster than the average person. Around 15% can read at this rate. If this is you, you can easily finish reading one book every week.

You are an experienced fast reader. only 5% of the population can read at this pace. You can read a whole book in a day.