How to easily win at Rock Paper Scissors 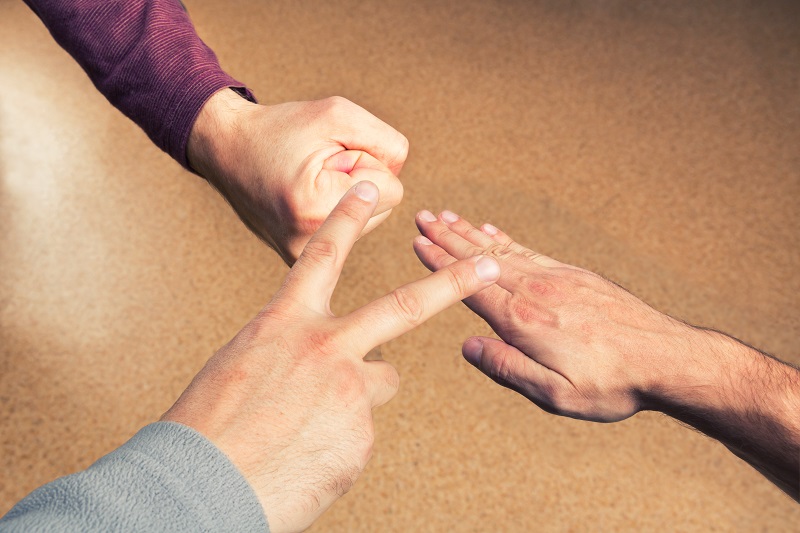 The simple game of Rock-Paper-Scissors is a game of luck, there is no doubt it, but that doesn't mean that we can't develop a strategy that enables us to have an advantage over our opponents.

If you were to play Rock-Paper-Scissors against a computer, there would be no way to gain any advantage because computers play randomly, humans however don't and they are influenced by previous outcomes. Because humans do not play randomly, their patterns of play can be analyzed and predicted.

This is what a group of Chinese researchers find out during an experiment. The researchers had more than 350 students gathered in a hall to play "Rock-Paper-Scissors" for several hours. Yes, they actually did that! The whole event was videotaped. The researchers then analyzed the footage to better understand the behavior of players.

This is what they found:

1) Winners Repeat: when players won, they mostly tend to repeat their choice.

2) Losers Change: when players lost, they mostly tend to change their choice.

Knowing these two facts, we can develop a simple winning strategy.

For the sake of simplicity, let's use the following notation:

Stragery for when you lose: 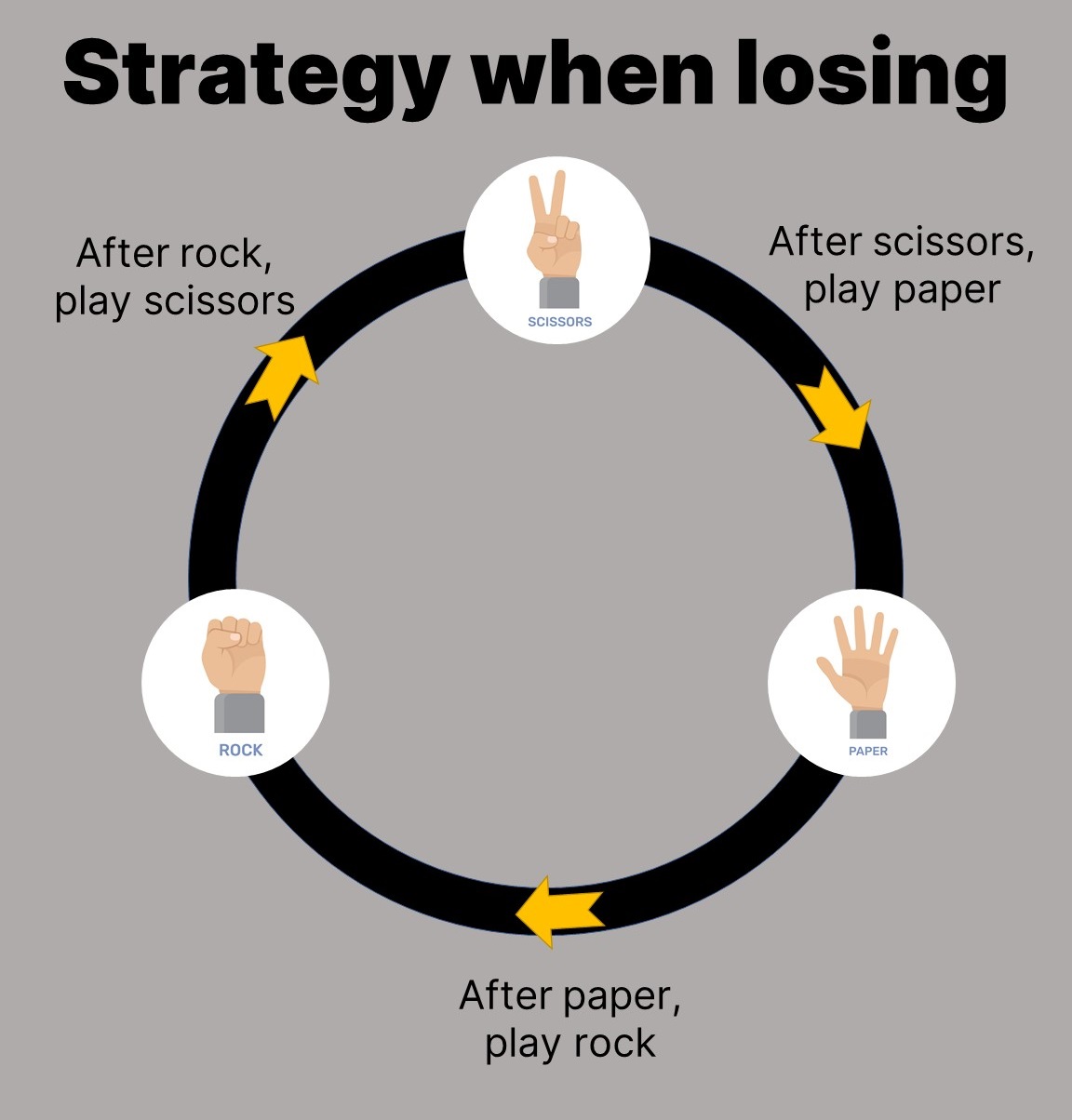 Stragery for when you win: 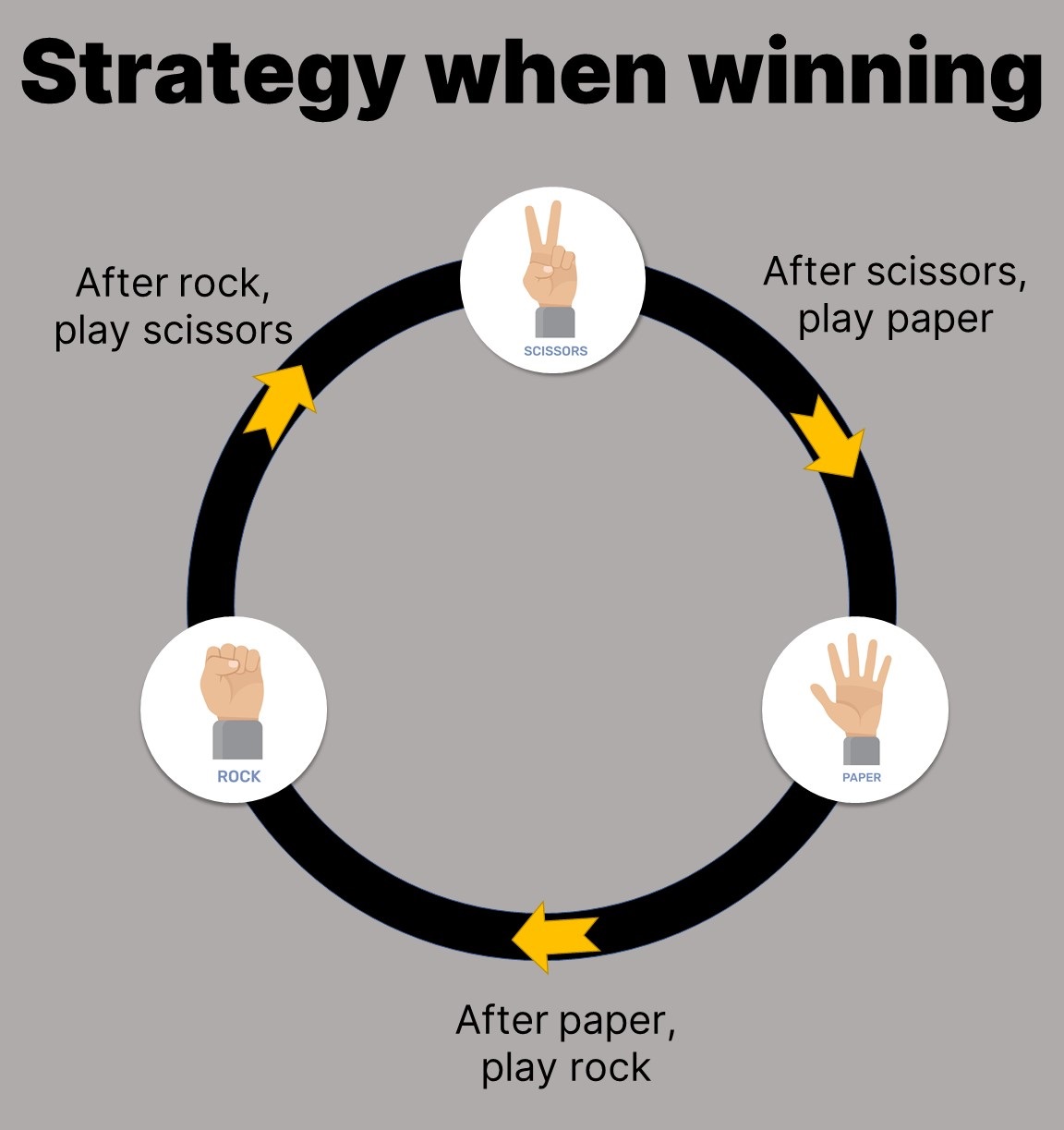 You may have already noticed that the two strategies are the same. There is no difference whether you won or lost, your next move is always the same. So there is really only one strategy to play, the SPR. 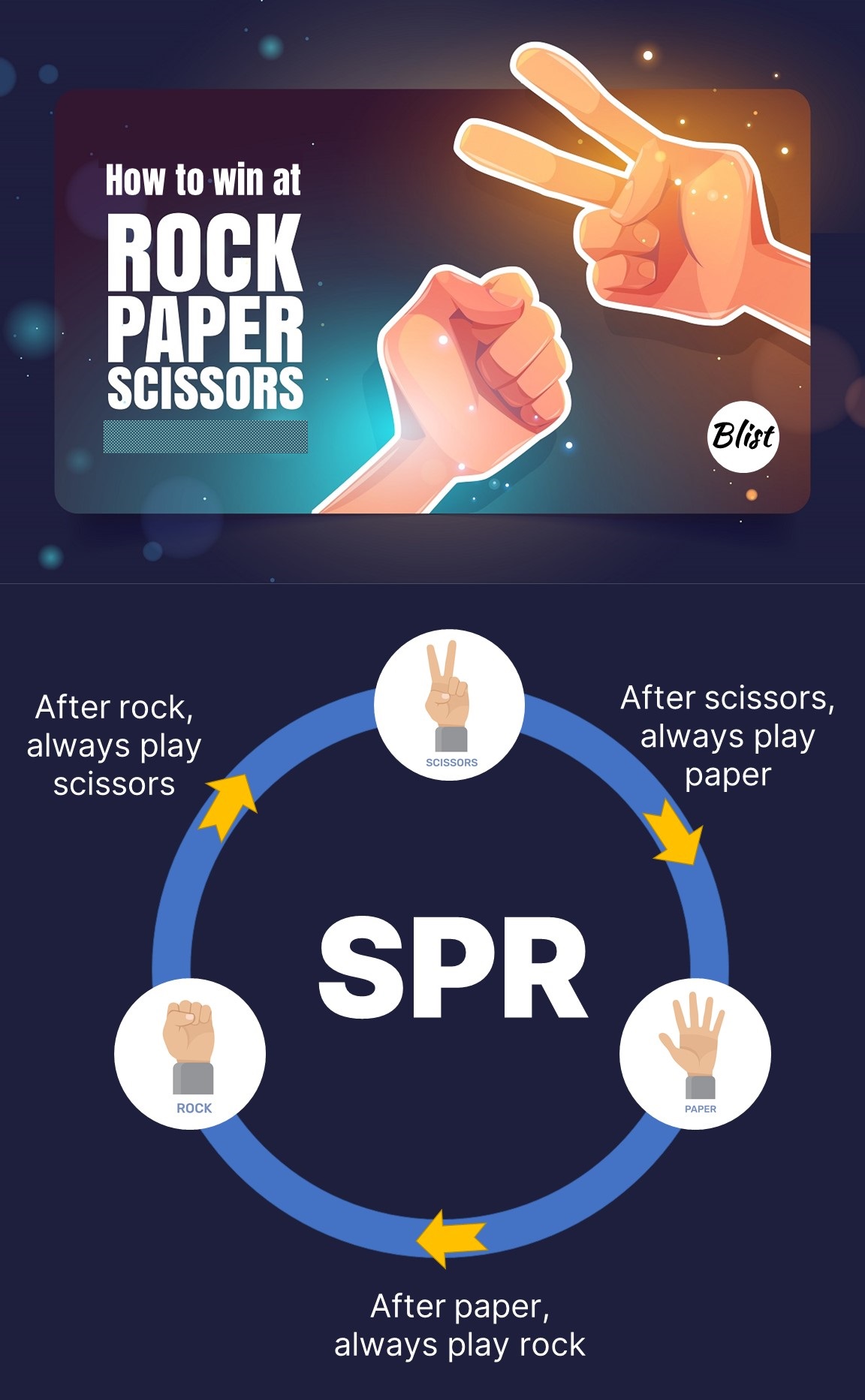 In the case of a tie, the results from the experiment showed that players tend to change, but because they can either go backward or forward in equal probability, there is no reason to believe that one is choice is favorable to the other, so the choice is truly random, which means that you can stick to the SPR strategy no matter what.

This article was inspired by Numberphile's video https://www.youtube.com/watch?v=rudzYPHuewc, which goes into more detail on the topic.