What Is The Deal With 'Buy Now Pay Later' Zero Interest Deals and Why Should You Care? 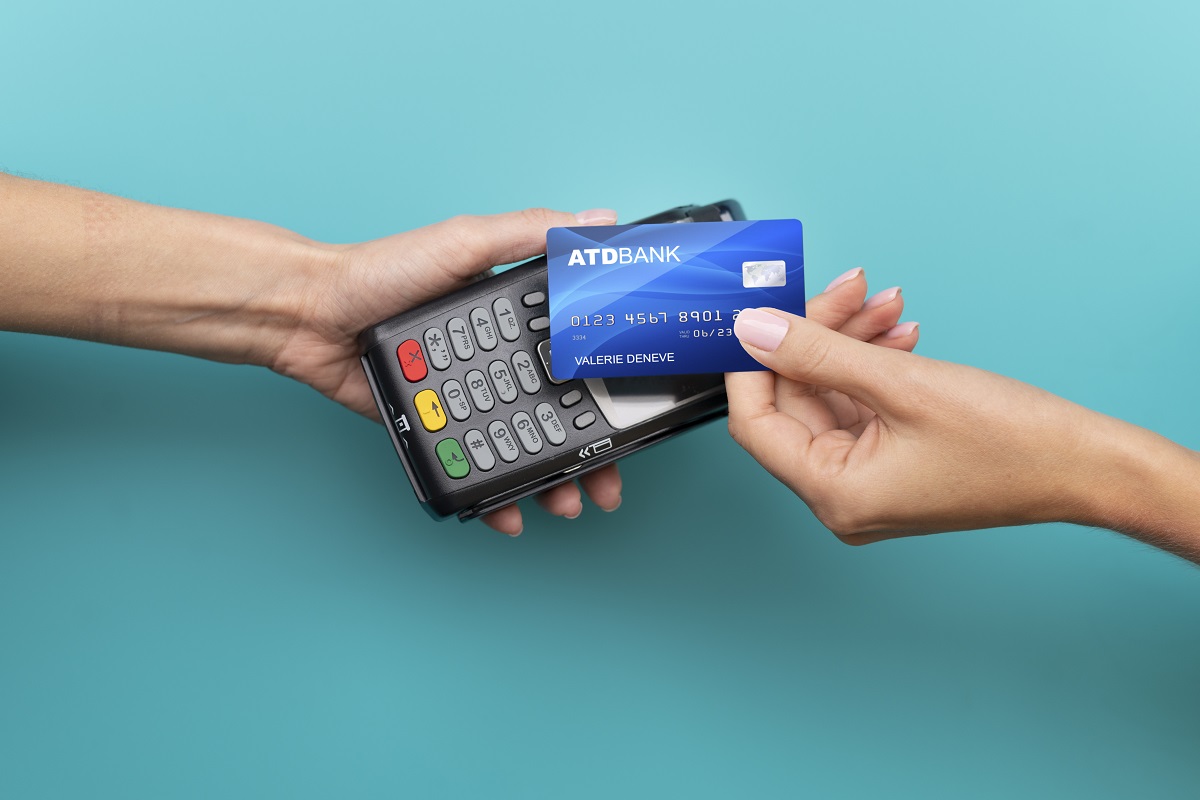 What is exactly the catch and how do they make a profit from these deals?

Marketers and salespeople have been studying consumer behaviors since... well the beginning of human trade. They are constantly looking for ways to increase sales and profit in any imaginable way.

A brief history of the psychology of paying 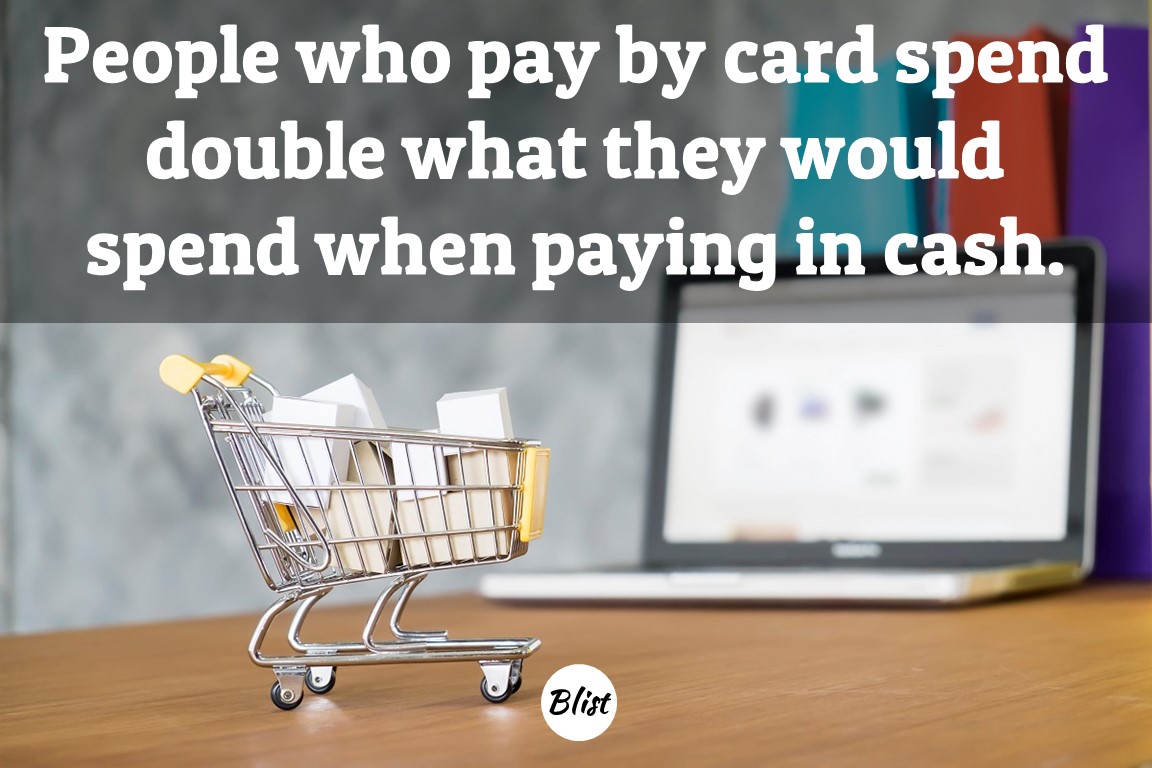 In the sales world the term "Pain of Paying" is defined as the pain or resistance the consumer feels at the time they are about to purchase something.

"Pain of Buying" is accountable for a considerable portion of incomplete sales transactions, even when the purchase is 100% justified.

People hate it when they see their money disappear in front of their eyes. It is a sight no one wants to witness. "Pain of Paying" is maximized when consumers pay in cash. When they see their own money physically being taken from their hand by someone else, the pain is at its highest. Come debit cards.

When people pay with debit cards, the "Pain of Paying" is less than when they pay in cash because the consumer does not physically see the money, instead, they see a card, but still, the resistance is there because they know that it is their own money they are parting with. They are not stupid, yet highly emotional. Come credit cards.

Banks and sellers took note of the "Pain of Paying" notion early on and started looking for ways to reduce it. They thought that if they can somehow reduce the feeling of pain at the time of payment, then resistance will be less and consumers will be less hesitant to buy stuff.

The less the resistance the more they are going to buy. Building on that idea, credit cards saw the lights.

Apparently, when people pay with credit cards they don't perceive the money as their own, but as someone else's. Because it's not their money, "Pain of Paying" is low and sales transactions have a higher rate of success, much higher.

But wait a minute, don't consumers know that they have to pay the bank for whatever they bought with their credit cards? Yes they do but we have to understand one thing here, this is all about psychology. Nothing here makes sense in the rational abstract world but it does in the real world where people have emotional tendencies and triggers and where rational thought processes weaken in the face of temptations and desires. 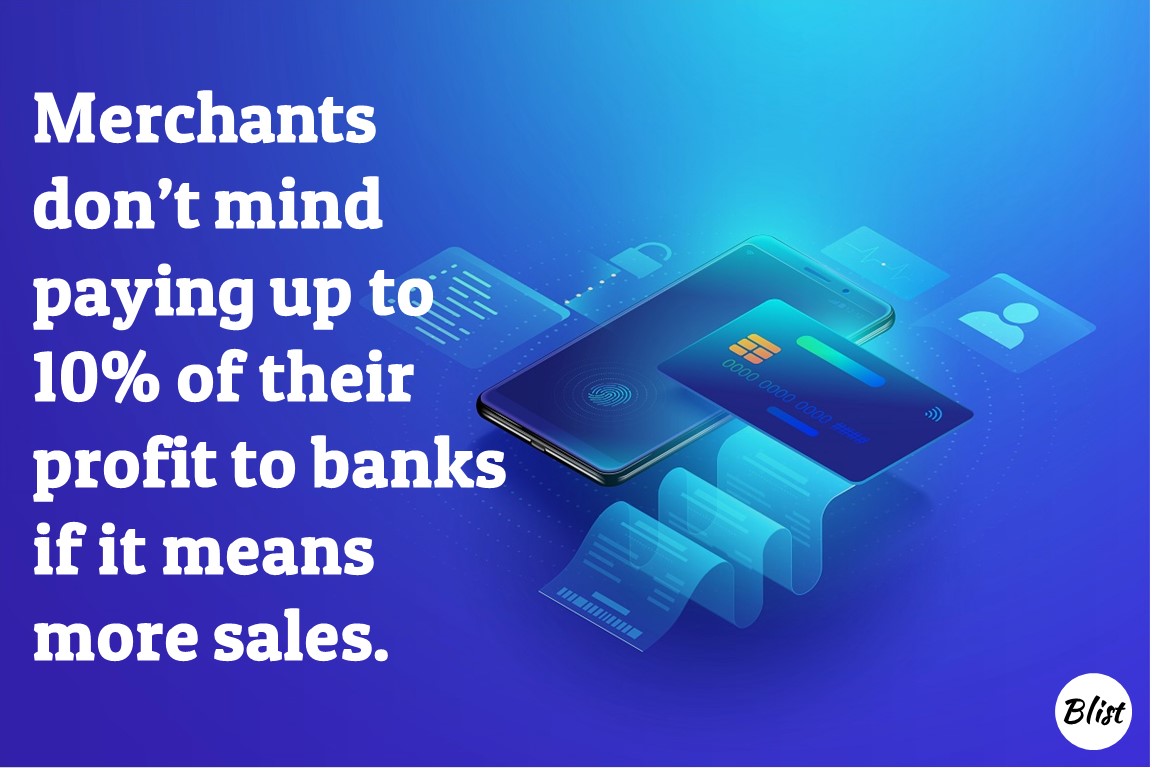 On a side note, remember that banks get a small percentage of every successful purchase. This percentage comes from the seller's cut, not the consumer but sellers don't mind that as long as they can sell more.

Traditional credit card companies charge around 2.5% to the merchant for every transaction.

The Emergence of Easy Installments 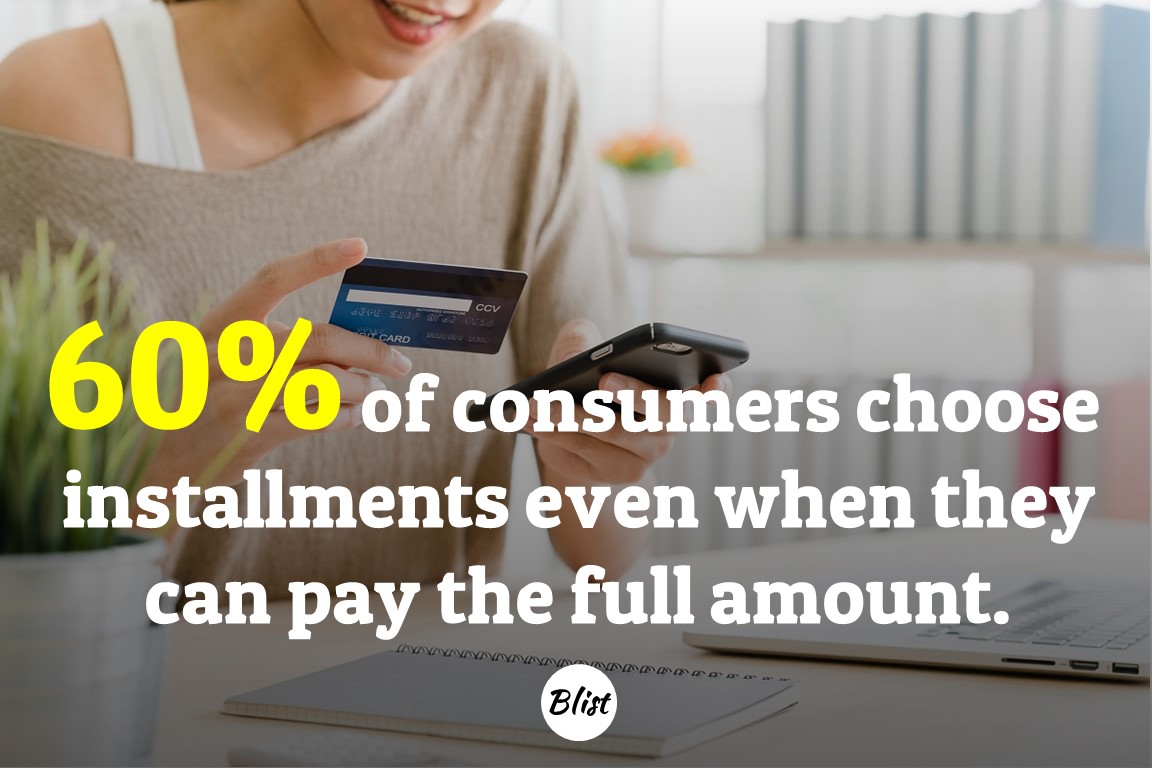 Banks and sellers were still not satisfied with the sales rate even when people were paying with cards. It appeared that there was still some resistance. They analyzed the situation and came to the conclusion that consumers were still a bit hesitant to buy knowing that they had to repay the bank the next month. Come easy installments.

With easy installments, the consumer does not have to pay the full amount to the bank immediately, instead, they repay the bank in small amounts over an extended period of time.

In exchange for this service, the bank charged a small interest rate to the consumer. With easy installments in place, sales skyrocketed.

Consumers were for the first time able to buy things they can't afford on the spot because they didn't need to have the full amount of the item, they only needed to worry about the first payment, which is a small percentage of the full price.

Consumers didn't mind the extra cost from the interest because they were so excited about the prospect of buying things beyond their current budget.

It is worth noting here that with easy installments in place, even people who could pay the full price opted for the installments option. This fact is a testament to the important role "Pain of Paying" plays in people's shopping decisions. 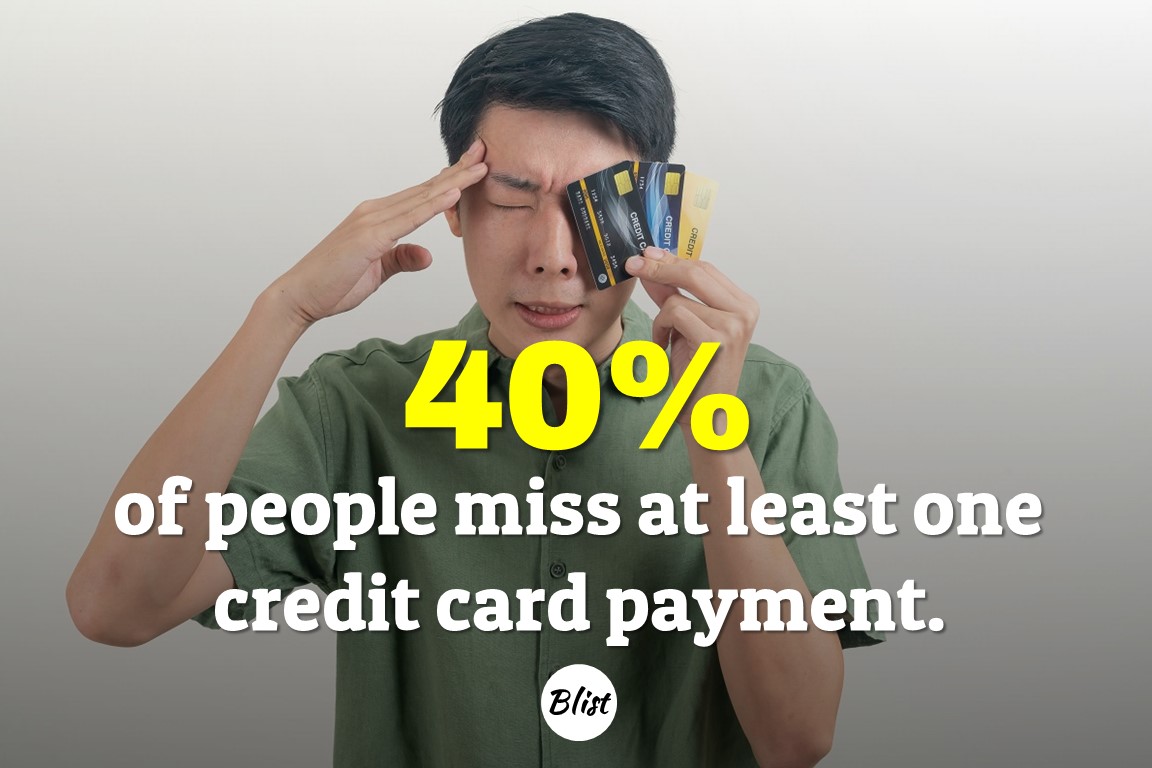 Are we done yet? Not quite. Banks and sellers were still not satisfied. They wanted more. Come easy installments with zero interest.

With zero interest installments, "Pain of Buying" was even further reduced. Consumers became happier because now they don't have to pay extra charges to banks and financial institutions for the easy installment service.

Sales increased even more. All that was still not enough for the merchants. They wanted to reduce consumer resistance even further. Come the "Buy Now Pay Later". 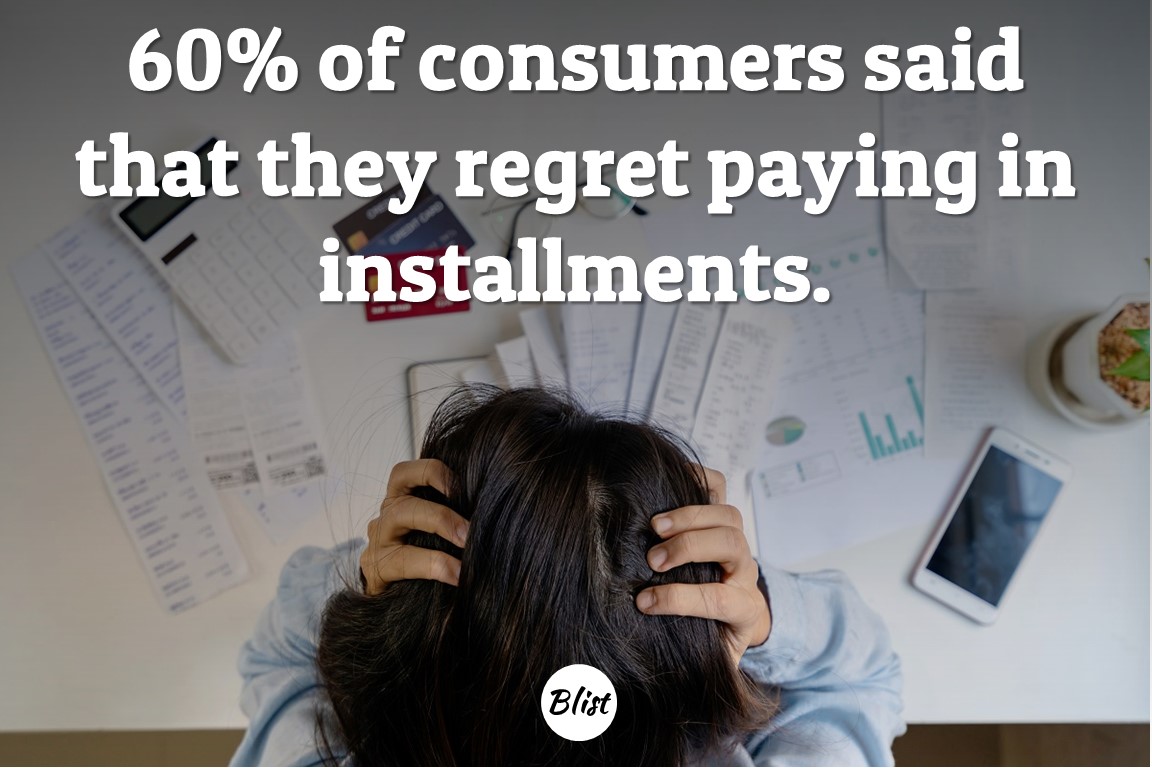 With the "Buy Now Pay Later" option in place, the last piece of the puzzle has been put in place. "Pain of Paying" is now at its minimum. Consumers not only can pay in installments but also the first installment can be delayed for a couple of months in the future. There was no pressure anymore to buy anything. Impulsive buying increased.

Impulsive buying is when you buy something you don't really need just because it is part of an offer or it is at a discounted price.

An example of impulsive buying is when you end up buying a phone screen protection, headset, and a phone tripod even though you only wanted to buy a phone in the first place, but because it is all part of an enticing offer you buy them all.

With "Buy Now Pay Later" and easy installments options, consumer spending increased as they started impulsively buying things they don't really need and that are not really essential to them.

Ok but this is all good for us consumers. What is the problem? 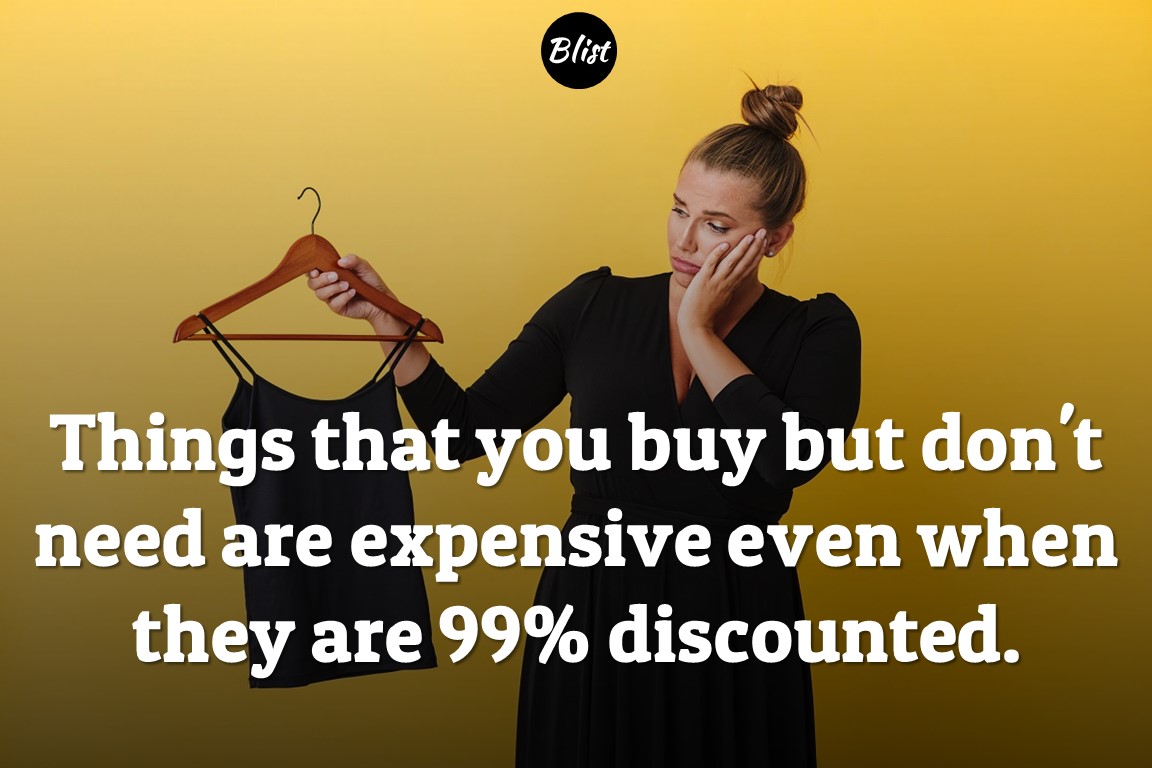 Well, there are two problems with this scheme.

First, financial institutions know very well that at least 40% of consumers are going to miss at least one installment. What happens when you miss an installment? You pay charges and penalties.

Actually, financial institutions make much more money from missed or late payments than they actually make from merchant sales cuts or interest rates. They knew it from the beginning. They knew that people will buy impulsively and irresponsibly and they built the whole system around that concept.

The savings that you get from any offer or deal can easily turn into a huge loss if you miss a payment.

You might say to yourself, I'm not going to make this mistake and I plan to pay on time. Good for you, but that is exactly what 40% of consumers thought when they impulsively decided to buy. 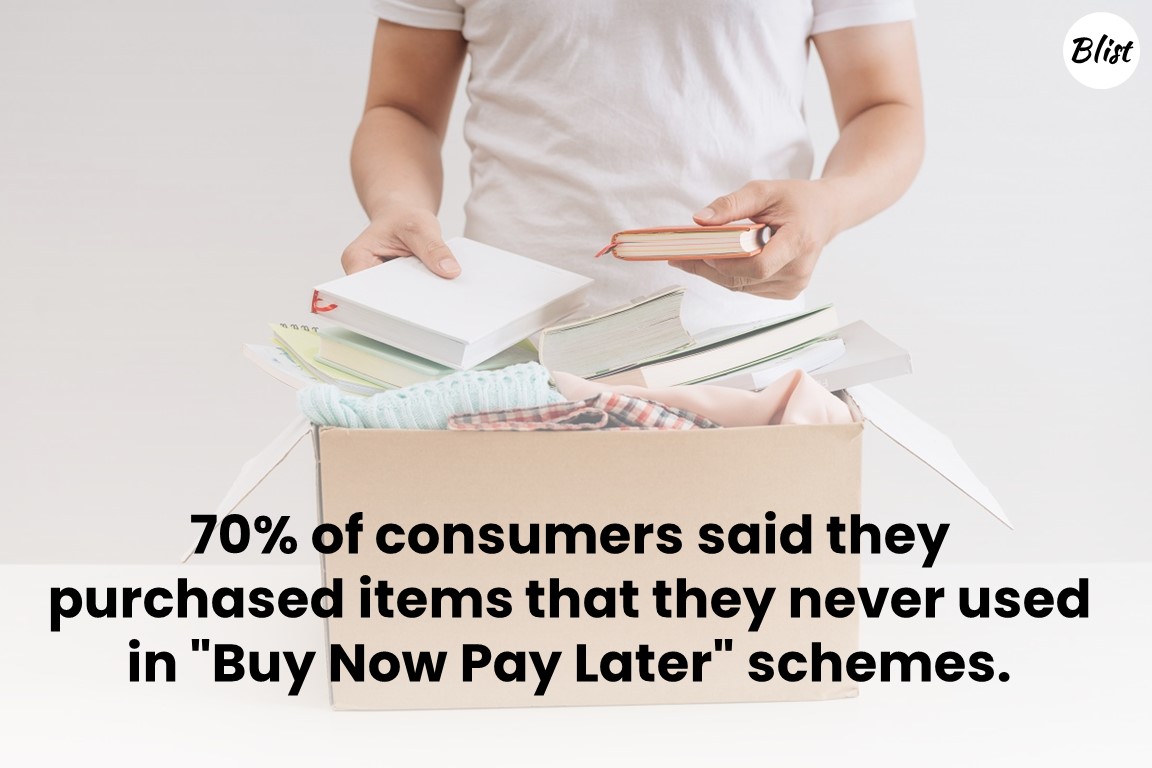 The second problem is that because financial institutions charge the merchant a percentage for the "Buy Now Pay Later 0% Interest Installment" options, merchants lose up to 5% or 10% of their net profit.

Merchants don't mind that because they can compensate for the losses with more sales, but they still want to make up for that loss somehow. Come price hikes.

In order to cover bank service charges, merchants ended up raising the prices so that when the bank takes its cut, their profit is not affected. So, who pays for the increased prices? You do, the consumer. In all these attempts to make the buying process less painful, the toll is eventually carried up by the consumer, no one else. 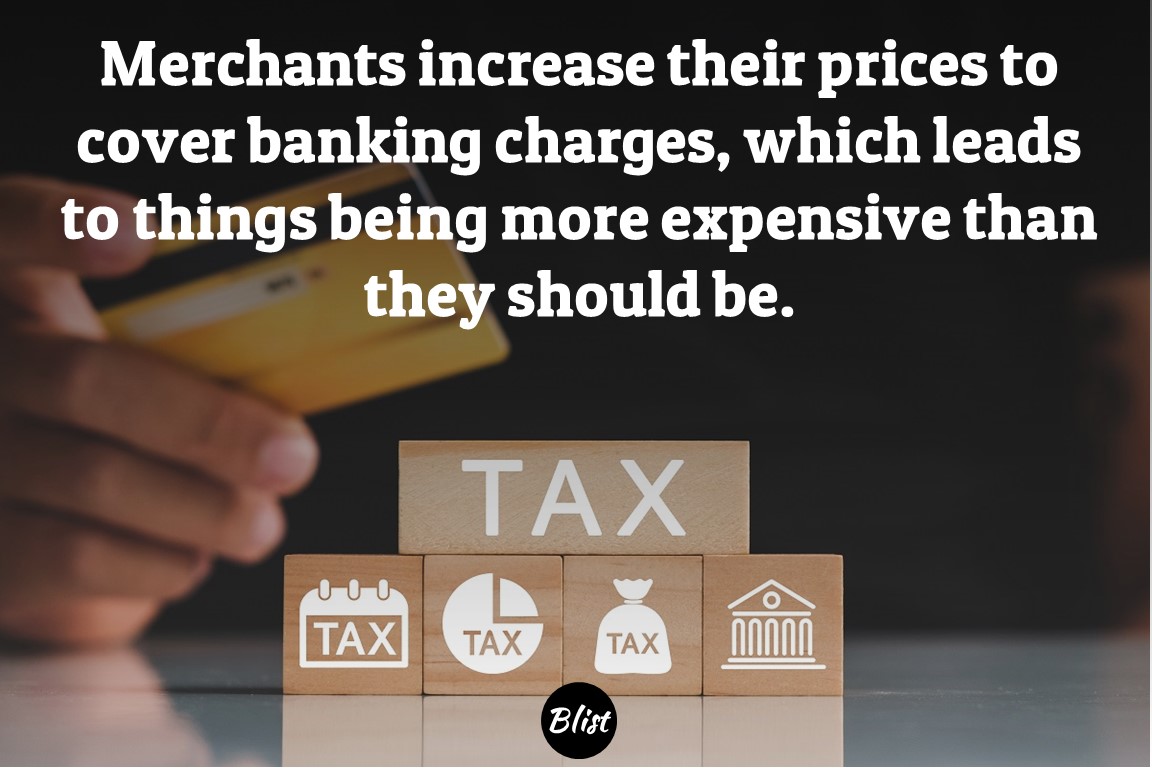 So what should we be doing?

Two things. Buy only the things that you need and can afford. Pay the full price of the item whenever you can.


Introducing The McBoat! The Only Drive-Thru Float-Thru McDonald's In the World.
11 Countries That Are Not Recognized By Other Countries
Are You Self-Confident? Take This Personality Test To Find Out
19 Strange Laws From Around The World That Still Exist
24 Psychological Tricks To Control and Manipulate People Around You