The average number of push-ups by age and gender. How many can you do? 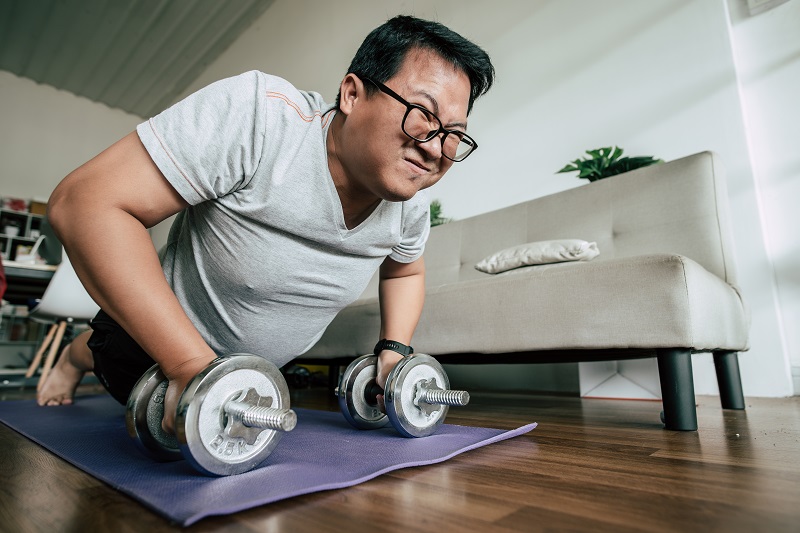 Compare the number of push-ups that you can do in a row to that of other people.

Push ups is the ultimate strength endurance test and the most widelty known due to its simplicity.

Do as many push-ups as you can in a row. There is no time limit.

No more than 3 seconds between one push-up and another.

Have you completed your push-ups? Look at the table below to see where you stack against others. 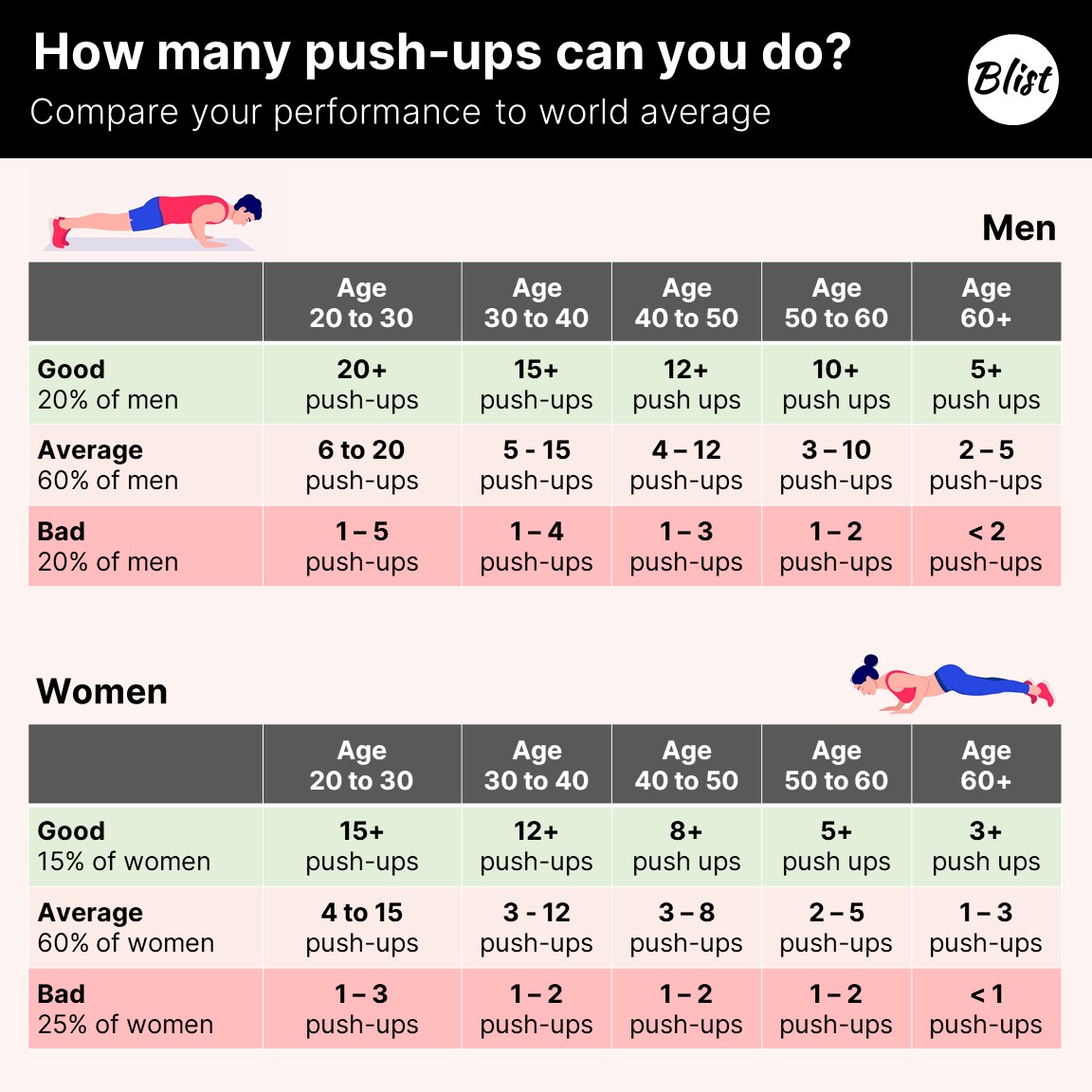 If you managed to do more than twenty push-ups, then you are above the average endurance. About 20% of men are in this group. From six push-ups to twenty is considered the average normal for most men in this age group (60%). Less than six is considered out of shape and you may need to improve your endurance.

For this group, fifteen plus is considered good and from 5 to fifteen is the average. Less than five is bad.

To be above average in this group, you must be able to push more than twelve. Around 60% of males will do between four and twelve, which is considered the norm. Anything less than four is considered not good enough.

When men reach the age of 50, their average expected push-up rate drops to three to ten. Above ten is good while below three is out of shape.

If you are more than 60 and can do more than five push-ups, kudos to you. If you can do two to five push-ups then you are normal and below two is not good enough for your age group.

Only 15% of women is this age group can do more than 15 push-ups. 60% of women can do between four to fifteen, which is the average. About 25% can barely do one to three push-ups which is considered as bad shape.

To be on the good side of the spectrum for this age group, a minimum of 12 push-ups is required. Three to twelve is considered the average, and less than that is just bad.

Women in this age group have averaged three to eight push-ups. Those who managed more than eight were only 15% and 25% did only one or two which is clearly not good.

Do more than five and we will clap for you. From two to five and you are like most women of your age. Less than three is bad.

Not much is expected in this category so one to three is just fine. More than three and you are a hero. 25% of women couldn't do even one.


Why Do Women Buy Lipstick During Recessions and Economic Crises?
20 Strange Laws From Around The World That Still Exist
25 Simple Ways to Save Money [$15K+ In Savings]
Funny Out of Office Auto-Reply Messages
Are You Self-Confident? Take This Personality Test To Find Out